Chris Pike moved to Noblesville in August 2019 from a Boston suburb. He was surprised when he couldn’t find any Facebook food groups for Hamilton County. So, he started one. 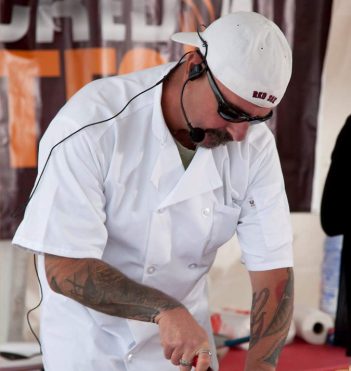 Chris Pike is the chef at Deer Creek Pub and Bistro in Noblesville. (Submitted photo)

“There are 40 to 50 (Facebook groups) back home, and I was baffled there weren’t any here,” Pike said. “People like to go out to eat and talk about their food and take pictures and put it on their own timeline and that’s all, but now you have a whole group of people who can interact with foodies.”

Pike said the exposure is beneficial for restaurants. Although he’s a chef at Deer Creek Pub and Bistro in Noblesville, he doesn’t mind when group members post about other restaurants.

“I’ve found a lot of places I wouldn’t ever have found without this page,” Pike said. “It helps people be aware of what’s available for them.”

Although Pike doesn’t limit which restaurants can post, he does have some rules.

“Basically, to be nice to each other, no hate language, stuff like that,” he said. “Constructive criticism is OK as long as it’s tactful.”

Pike allows constructive criticism on the page, but he said if a diner has an issue with a restaurant, they should discuss it with the restaurant staff and not post a bad review on the page.

“If I go out to eat and have a problem, I’m going to address the management about it. It’s important to play nice,” he said. “There’s no reason in the world to bad-mouth anybody or talk bad about a restaurant publicly.”

Posts can be from areas outside of Hamilton County. Group membership is free.