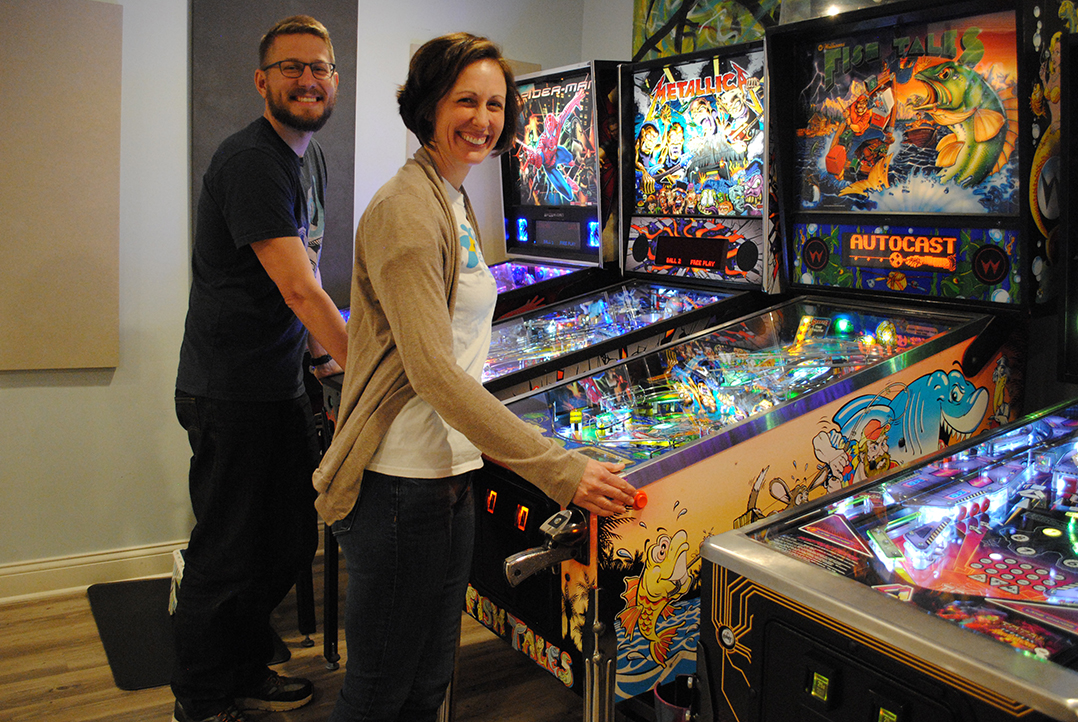 When Dr. Chris Ross and his wife, Jean Ross, tried to come with a Christmas gift idea in 2018 that the entire family would enjoy, the settled on a pinball machine.

Little did the family know that the gift would eventually become the first in a collection.

“At first, I thought about foosball,” Chris Ross said. “I played foosball when I was in medical school, so I thought it would be cool to get a foosball table. I got one, picked it up and brought it home and played it a bit, and I realized it was more my present instead of a family present.”

So, he decided to explore pinball machines. He purchased a Spiderman game, and it didn’t take long for the couple to realize that pinball was about more than recreation.

“The couple that dropped it off was so cool,” Jean Ross said. “They were in their 60s, and it came from Ohio, and it was a weird exchange. He handed it over to Chris, and I was interested to know about their community because they have a neighborhood where they all get together to play pinball, so I told Chris, ‘What did you get us a part of?’”

Shortly thereafter, Chris Ross read positive reviews about a Metallica machine, so he purchased one. Now, the family has six pinball machines the basement of the family home in Fishers.

The oldest is a Fish Tales machine from 1992, and the newest is a Total Nuclear Annihilation machine from 2018. The couple also has Theatre of Magic machine and a Ripley’s Believe It or Not machine. Pinball machines range from $3,500 to $15,000.

“As his hobby has gotten bigger and bigger, I said we should put these to use and fundraise for Dementia Friends,” Jean Ross said. “We came up with a fundraiser, told Dementia Friends about it, and they were totally on board.”

The Rosses organized a pinball fundraiser with Books & Brews’ south Indianapolis location. The Feb. 28-29 event will offer unlimited pinball play from 11 a.m. to 11 p.m. at Books & Brews, 3808 Shelby St., Indianapolis. The machines will be set free mode and when a player  purchases a $20 arm band, which is good for an entire day. Two-day passes are available for $30. Players ages 6 and younger are free, and ages 7 to 17 are $10 with the purchase of an adult ticket. Books & Brews also will conduct a bingo night Feb. 28, replete with a DJ.

Six other pinball enthusiasts are bringing their machines for a total of 17 available machines. The Rosses rented a U-Haul to transport their six machines, which weigh between 200 and 300 pounds each. 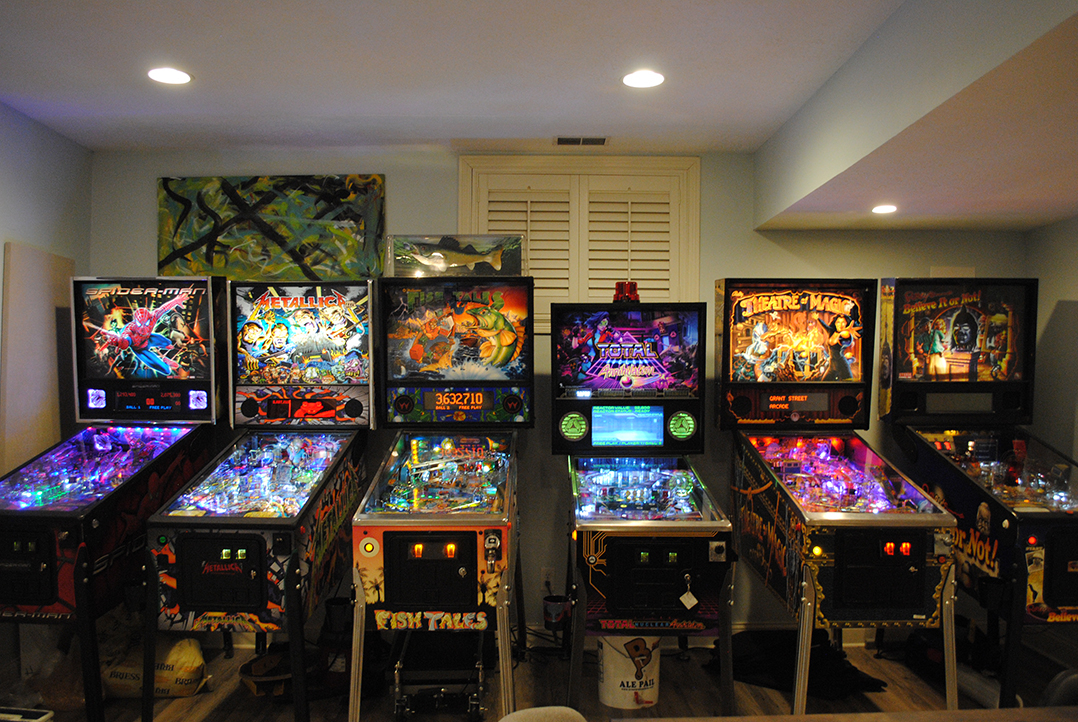 The Ross family has six pinball machines in their basement.

Growing into a convention

In March 2019, Chris Ross took his family to an arcade convention in Louisville. The family plans to attend this year. Chris and Jean Ross want to grow their inaugural pinball fundraiser into something bigger.

“There’s nothing like the Louisville thing in Indianapolis, so ideally, we hope to make it convention-sized,” Chris Ross said.

Chris Ross is an emergency physician at Community Health Network. Jean Ross is a nurse who owns KayBee, a caregiver service.