You are at:Home»Current in Westfield»Westfield Community»YMCA to open Westfield exercise studio

Shannon Russell can’t wait for the full YMCA to be built in Westfield.

In the meantime, Russell wants Westfield residents to get a taste of the YMCA offerings with a temporary performance studio at 144 S. Union St., Westfield.

The space was previously an antique shop. Russell made the announcement Feb. 20 at the Westfield Chamber of Commerce luncheon at the IMMI Conference Center 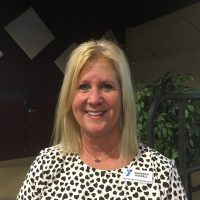 “In one of the rooms is going to be a spin room with live and virtual cycling classes,” Russell said. “The other studio room will have traditional group exercises class that will include yoga. The third room will have performance-type training, which is called high-intensity interval training. There will be 125 classes per week, some virtual and some live classes.”

Cost is $59 per month for unlimited classes, with a tentative opening date of mid-May. Free child care is offered during classes.

“That’s one of the things that sets the YMCA apart is, we try to make it affordable to the community,” Russell said.

Russell, who has lived in Westfield for 21 years and worked for the YMCA for 23 years, is the project lead for the Westfield YMCA.

“This is the first time the YMCA has offered summer day camps in the community,” Russell said. “We’re going to go small. We are only doing three weeks at Northview, and then next summer we’ll cover more. We’re doing some peewee sports programming. We don’t need bricks-and-mortar to serve our mission of the YMCA.”

The three weeks of camps for ages 5 to 11 start June 22, June 29 and July 13. There are partial and full-week options for camps.

Russell had a table set up with other nonprofits at the annual “Share the Love” event for the chamber to share information and attract volunteers.

Registration for the studio classes and summer camp can be found on indymca.org under the Westfield tab.