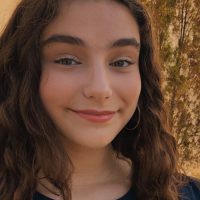 Fallahi, a junior at Carmel High School, will speak about climate change during the “Great Decisions” series presented by the Indiana Council on World Affairs in conjunction with the Foreign Policy Association.

She, along with co-presenter Jake Hawes, will discuss the short- and long-term effects of climate change and how they propose to fight it. Their session is at 7 p.m. March 24 at the Indiana Interchurch Center, 1100 W. 42nd St. in Indianapolis.

“I see climate justice as a social justice issue, and that’s what got me involved,” Fallahi said. “I love nature. I love forests. I love wildlife. But what I love most is people and everyday society, and that’s often lost a lot of the time in climate justice messaging.”

Fallahi is the communications director for Zero Hour and a co-founder of Polluters Out, both of which are global youth organizations fighting for climate justice. In 2019, she attended the United Nations Youth Climate Summit and the UN Climate Change Conference, or COP25, but was disappointed by the lack of action from leaders. 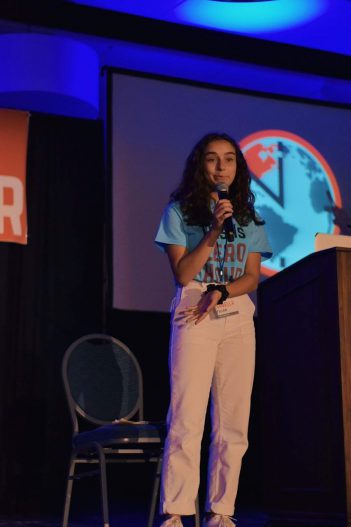 Isabella Fallahi speaks at This is Zero Hour: The Youth Climate Summit in July 2019 in Miami, Fla. (Photo by Paula Mitre)

“Another thing we noticed was we weren’t being given a seat at the table yet again.,” Fallahi said. “Instead, our seat was being given to fossil fuel executives. Why would you have Shell executives, BP executives and lobbyists from the fossil fuel industry at a climate conference when we are trying to mitigate the crisis that they have caused? It’s all because of special interest.

“We can’t even achieve all of these global policies for climate justice and climate action until we kick the fossil fuel industry and polluting industry out of spheres of influence.”

Fallahi would like to see the end of construction of fossil fuel infrastructure and a shut down of all pipelines and have banks divest from fossil fuel companies.

Tickets for the “Great Decisions” series are $10 per session. For more, visit icwa_org.eventbrite.com.