You are at:Home»Current in Carmel»Carmel Community»Retired teacher running for 5th District congressional seat

Bales, an Indianapolis resident and retired teacher, said he is running out concern for the nation’s welfare. 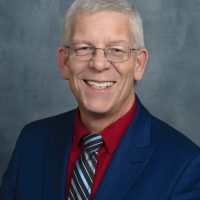 “I made the decision to run for office as an average citizen who is tired of the direction our country is headed,” Bales said. “I see that we are moving closer each day towards socialism, and this troubles me. I cherish the freedoms our Constitution guarantees us as United States citizens, and I will fight to protect those freedoms.”

A proponent of term limits, Bales said he is pro-life and supports de-scheduling cannabis at the federal level and lowering the cost of health care. He also wants to manage illegal immigration beyond border patrol, reduce the federal deficit and national debt and protect Second Amendment rights.

“Our country is full of career politicians who no longer seem to represent the people who elected them,” Bales said. “Their war chests are overflowing with donations from corporations and special interests, allowing them to literally buy their way into office.”

Bales was a teacher for 15 years and is a U.S. Army veteran. He has three daughters and four grandchildren.