Matt Kraft is making his return to acting in a special way.

Kraft, a 2009 Carmel High School graduate and 2013 Purdue graduate, will appear in a lead role in Civic Theatre’s production of “A Few Good Men” March 13 to 28 at The Tarkington at the Center for Performing Arts in Carmel.

“I didn’t figure out I was interested in acting until I was in college,” said Kraft, a Carmel resident who works in Carmel in apartment leasing. “I had some theater credits while working on a film degree and got the acting bug.”

Kraft recently moved from California and wanted to get back into acting in plays.

“A friend of mine told me about auditions for this,” Kraft said. “It’s a great script and an awesome part. I’m lucky I get to work on it.”

“At first, it’s me unwillingly taking the case and then me getting drawn in deeper and deeper,” Kraft said. “As I get in over my head, I have to get out of it.”

The screenplay for the 1992 movie was adapted by Aaron Sorkin from his own Broadway play. Tom Cruise played the role of Kaffee in the film.

“A lot of people will have in their mind what the movie looks like, but we will have our own take on it,” Kraft said.

“There are a lot of lines to get down, so that’s been the challenge, to get that down and have it memorized well enough that I can play with it and be loose,” Kraft said.

Jonathan Scoble plays Jonathan James Kendrick, one of the Marines involved in ordering Santiago’s punishment that led to his death.

Scoble, 39, describes his character as a stereotypical military tough guy.

“I feel like playing Kendrick is full-throttle the whole time,” Scoble said. “He’s a very powerful character in my mind. Every time I’m up on stage I’m angry. I think there are more pages of character development here than there was on the screen. Seeing what some of these guys are doing, even in the smaller roles, is just fantastic.”

“To be here is gratifying, really, for someone who has only been acting for 2 1/2 years,” Scoble said.

The show is the second Scoble has auditioned for in a Civic Theatre production.

“The first time was a little humbling and I was a little nervous to get back in,” Scoble said. “The day I heard about ‘A Few Good Men’ auditions, I decided to give it a shot. I had it that day I guess.”

Scoble, who has lived in Carmel for five years, works for a health care marketing agency in Carmel. 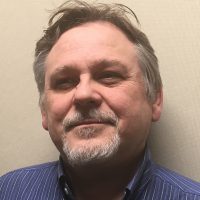 Indianapolis resident Glenn de Roziere, who has acted in Shakespeare productions for years, auditioned for “Much Ado About Nothing” and left with the part of Col. Nathan Jessup.

“I didn’t think there was a part for me in this show,” he said. “I’m 60 years old and all the characters are in their 40s or younger.”

De Roziere, who plays the role Jack Nicholson played in the movie, has only seen clips of the movie, but he was well-aware of his character’s most famous line, “You can’t handle the truth.”

“That’s a quandary for me how to play it,” said de Roziere, who is in his first Civic show. “It has to be organic. I’m working with Kraft, so it’s a natural reaction. My thought is, I can’t whisper it. I’m under a certain amount of pressure to pull a rabbit out of a hat.”