“On the outside he looks like an awful person, but when you play him you have to play what he believes,” McKeever said. “He believes he can’t just love one woman. He believes it’s a disservice to women to love only one woman. He comes from a class system where a nobleman could get anything he wanted and treat people anyway he wanted without repercussions. 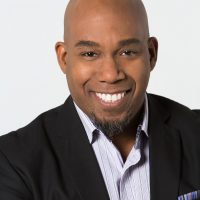 McKeever, a baritone who lives in New York, will star in the title role of Indianapolis Opera’s March 20 to 22 production of Mozart’s “Don Giovanni” at The Toby Theater at Newfields. The opera debuted in 1787.

Mozart based Giovanni, described as a hell-bound seducer of women, on the legend of the fictional Don Juan.

“We’re now saying enough of this where people who are privileged and wealthy taking advantage of other people and getting away it,” McKeever said. “It will be interesting to see how the audience reacts to him. I hope they come away with a visceral reaction, whether they love him or hate him. I hope they see how relevant his character is hundreds of years later.”

This is the first time McKeever will sing in Italian. The screen will be above the stage with the words in English.

“It was a great opportunity to try the role out and get a pacing of it,” McKeever said. “Getting to do it in English helped me understand the subtleties and was helpful in learning the Italian, actually.”

When it was written, McKeever said many saw the character as antihero because he was envisioned as an enlightened character because he interacted with the classes other than his own.

“Now, we see Giovanni as this as sociopath who is a womanizer who doesn’t care about the feelings of anyone else,” McKeever said. “I have to not judge him as I play him to find all the facets, charm, sexual desire, wit and his noble energy and bring that all to the stage.”