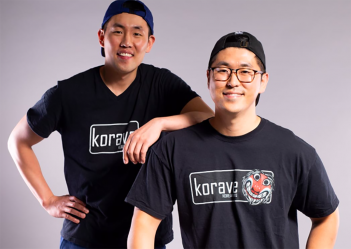 The Kims are from South Korea. Upon moving to the United States, they first settled in Utah and attended culinary school at Salt Lake Community College. They operated a sushi franchise, Union Sushi, then launched a food truck in Utah in 2017 and moved to Fishers last year.

“When we bought a house, the realtor told us about the Fishers Test Kitchen, so I’m like, ‘Oh, really? I’ll just apply for it,’” Jung Gyu Kim said. “We got interviewed and did a tasting and that’s how we got into here.”

The Kims’ goal is to launch a franchise of fast casual Korean food restaurants. Main menu items are rice bowls with Korean BBQ and tacos. One of the main ingredients the Kims never go without is gochujang, a Korean chili paste.

Because Korean BBQ can be pricey, the Kims’ objective is too offer quality Korean BBQ at reasonable prices.

“We want to offer people something they can enjoy – good Korean food with cheaper pricing,” Jung Gyu Kim said. “We want to keep the authentic flavor but lower the cost. Why are there no Korean fast-casual restaurants? Most Korean restaurant owners are elderly people and they are stubborn and keep the traditional way (of traditional restaurants).

“We are young and want to try something kind of different.”

Korave Korean BBQ is temporarily closed due to the COVID-19 outbreak, but the siblings plan to reopen soon. For more or to see a menu, visit fisherstestkitchen.com.