March is National Kidney Month – an awareness-raising grassroots effort to spread the message of the importance of kidney health and the impact it can have on lives. Lydia Check, for example, is a 10-year-old who’s enjoying all that life has to offer after a kidney transplant in 2018. 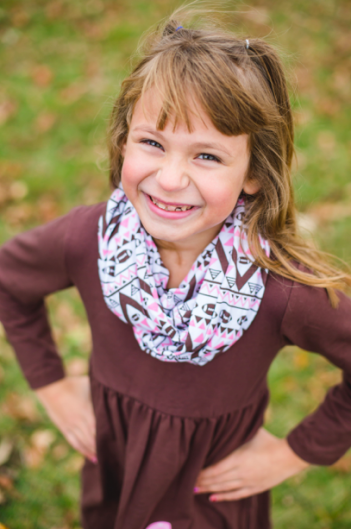 “She is doing fantastic. She’s on nine meds a day but they are keeping her going and she is just doing amazing,” said Paula Check, Lydia’s mom. “She comes home every day with a smile on her face.”

When Lydia was 4, her energy levels started to drop, along with her weight. Doctors initially thought it could be motion sickness due to vomiting while in the car several times, or lactose intolerance because milk always seemed to be involved when she became ill. By the time she was 5, doctors thought she was suffering from ulcerative colitis.

“About four months later the doctor said the weight loss was significant enough that something was really wrong,” Paula said. “On Labor Day weekend, we went to Riley (Hospital for Children) where they did a biopsy. On Labor Day, they told us she had a genetic kidney disease which turns the kidneys to scar tissue and she needed a transplant.”

Lydia was stage 4 when she was diagnosed. In 2018, she was considered end stage and on dialysis.

“It was hard to find a donor. We were advertising where we could but never found a living donor,” Paula said.

“Two weeks into dialysis – she was at her weakest point and I was at my breaking point – I called the church and asked them to pray for a donor.”

Two hours later, the family received a call they’d been waiting for – there was a donor for Lydia.

“A month later, she was home and started homeschool, and then a couple of months later she went back to school and back to dancing and to being her old self in no time,” Paula said.

Since her transplant, not only has Lydia been able to go back to school and dance class, but she’s ridden on a float, run a 5K and been busy making up for lost time, according to her mother.

Lydia also helps with fundraising for Children’s Organ Transplant Association, which has helped the Check family with transplant-related expenses, and she is an ambassador for Make-A-Wish and was recently granted her wish to visit Paris.

“She wants to see the art – she loves Monet and Van Gogh – and soak up the culture,” Paula said. “One of her dreams is to see the Eiffel Tower and the Monet Garden.”

The trip is scheduled for June 8-16, and Paula can only hope the impact COVID-19 is having on travel has lessened or ended by then.

Lydia, who wants to be an entertainer when she grows up, said she is focusing on being a kid and having energy to keep up with friends and family to be able to do all the fun things she has missed out on. And she has a simple message for others going through similar situations:

“Just be brave, strong and grateful, and everything will go good,” Lydia said.