You are at:Home»Current in Carmel»Carmel Community»School closures ‘soul-crushing’ for high school seniors

With schools closed through the end of the school year, students are dealing not only with the new normal of eLearning but also the cancellation of everything from proms to sports seasons to trips to the movie theater with friends. 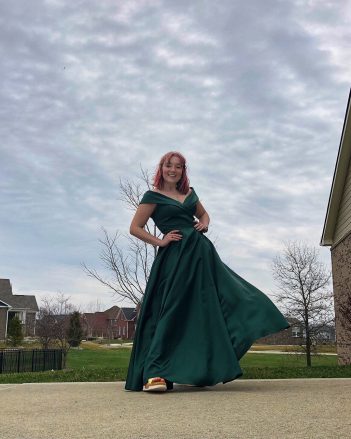 Zoe Franz is disappointed she won’t get to attend her senior prom, which was canceled because of the COVID-19 pandemic. (Submitted photo)

“Everyone, especially seniors, are super upset. I have never been the type to go party it up my final semester, nor am I the type to go out and do a bunch of ‘teenager’ things, but the idea that the last day of high school with all of my classmates and friends has already happened remains really, really soul-crushing,” said Zoe Franz, a senior at Park Tudor School who lives in Noblesville. “I mean, I have gone to Park Tudor for eight years, but some of my friends have been there since junior kindergarten, so it’s hard to imagine not finishing out a legacy like that.”

Franz also is “devastated” about the cancellation of prom, which was set for April 18.

“I think I will probably just wear my fancy dress around the house,” she said. “Or, when all of this is over, invite my friends over and we’ll just eat pizza and play games or go somewhere nice in our fancy outfits.”

Tyler Jeffries, a senior at Westfield High School, was supposed to play the title role of Shrek in the school’s final production of the year, which was scheduled to open March 19. 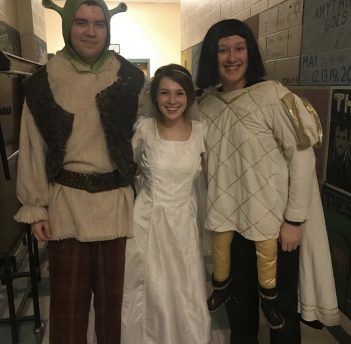 From left, Westfield High School seniors Tyler Jeffries in the title role of Shrek, Anya Burke as Fiona and Gavin Dirks as Farquaad will not get the opportunity to perform the show, which was canceled because of the COVID-19 pandemic. (Submitted photo)

“When we learned that school was going to be closed for a month, I was at rehearsal for ‘Shrek,’ Jeffries said. “We were all pretty emotional because we weren’t sure what was going to happen to the production that we worked so hard on. Everyone was emotional, including our directors. A lot of uncertainty and questions went through my mind, but the one question I know went through all of our minds was, ‘What’s going to happen next?’”

Jeffries and his friends are trying to adjust to the reality they won’t have the senior year they’d long anticipated, but they are trying to stay upbeat.

“We have this giant text message group chat, where we can all talk to each other throughout the day and share jokes and stories,” he said. “It’s really nice to have the technology that we have so that we can still be connected with the friends and family that we love.”

Medard Mikobi, a junior at Carmel High School, has seen his travel soccer team’s practices and games come to a grinding halt. 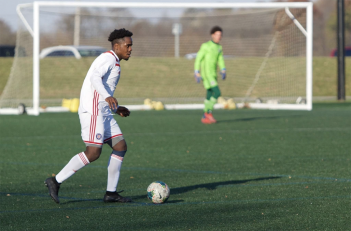 “This sudden break from training and games hit me pretty hard,” he said. “At first, it didn’t seem very serious to me until it was announced we weren’t going to train or play until April 30, maybe even later than that.”

The IHSAA announced April 2 that all spring sports are canceled.

Mikobi said he still tries to go to the CHS soccer fields, and he and one of his teammates created a garage gym.

“We’re also taking this break to develop our bodies and stay in shape,” he said.

Franz said it’s tough to accept that she’s had her last day in school.

“I did not say goodbye to my teachers,” she said. “I did not hug my friends enough. I did not go to enough sports games. I did not get to do my final psych project that I have been working really hard on. I feel like I am losing a lot. The end of senior year is a time to reflect and do things you forgot to do throughout high school, but the class of 2020 had this opportunity ripped away from them.”