You are at:Home»Views»Column: Don’t let dark money drown out the truth 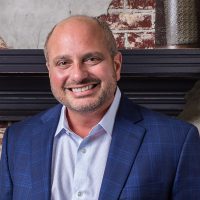 Sophisticated adversaries such as Russia and China know how to bypass laws on foreign funding by using layers of proxies to mask their activities. It makes it difficult for the Federal Election Commission and the FBI to follow the money.  I learned this firsthand while working with the House Government and Reform and Oversight Committee hunting down illegal campaign fundraising efforts coordinated by the Clinton White House and Communist Chinese government.

However, there’s a different kind of “dark money” invading the mailboxes and televisions of Indiana’s Fifth Congressional District that’s just as dangerous when it comes to masking motives. A dark money organization has endorsed one of my opponents and is resorting to extreme and dishonest tactics, saturating the market with direct mail and television ads directly attacking my wife and me.

There are two main reasons this money is called “dark.” The source of the money is hidden. And “dark” also refers to the sinister nature of the political attacks.  I’m sure you’ve seen more than enough examples in the last several weeks.

You may remember that I was the first candidate who ceased fundraising. I made this decision because I did not want to add to the economic stress of those who were adversely affected by the pandemic. I stand by this decision, although it has severely impacted my ability to respond to these attacks. Otherwise, I am doing everything I can to present the facts.

I don’t know why the group supporting my opponent has attempted to paint me as anti-Trump. I do, however, know that this same “dark money” group also waged a non-stop, $7 million campaign against President Trump’s candidacy.  Maybe it subscribes to the idea that if you tell a big enough lie enough times it will be believed.

The truth is that I am the only person in this race who has defended the president on the radio. Don’t be misled. Go to Carl Brizzi Live and see for yourself at carlbrizzi.com.