The City of Fishers usually commemorates Memorial Day with a ceremony at City Hall, but due to the COVID-19 pandemic, the city conducted the remembrance ceremony a little differently.

Instead of an in-person event on May 25, the city posted a video and asked residents to join the nation in a moment of silence at 3 p.m. A warbird flyover followed at 4 p.m. 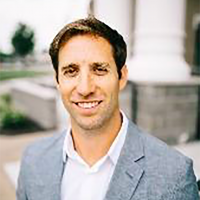 “Memorial Day is a day of reflection and remembrance of those who died while serving in our U.S. military,” Fishers Deputy Mayor Elliott Hultgren said. “In 1923, then-Vice President Calvin Coolidge eloquently stated that Memorial Day is the day we set apart to do honor to all those now gone who made the cause of America their supreme choice. Therefore, we honor those while wearing the cloth of our nation (who) made the ultimate sacrifice so that we can live freely as Americans today. They served our country and protected our ideas. They put country before self.

“The City of Fishers humbly honors all military women and men who died while serving this great nation. The sacrifice they made shall never be forgotten, on Memorial Day or any other.”

Hultgren encouraged listeners to reflect, remember and honor the sacrifices of those who never returned home. A moment of silence followed as Fishers’ Liberty Plaza was shown on the video.

The Fishers Police Honor Guard presented the colors while wearing face masks as the national anthem was played.

Fishers residents submitted photos of loved ones who lost their lives while serving for display on the city’s website, which provided instructions for how to make a poppy wreath craft. The red poppy is the symbol of remembrance and hope for a peaceful future.