You are at:Home»Current in Carmel»Carmel Community»University High School adjusts calendar for Islamic holidays

Celebrating cultural and religious diversity has been a hallmark of University High School since its founding 20 years ago. So with a rising enrollment of Muslim students in recent years, the private school in Carmel has adjusted its academic calendar accordingly. 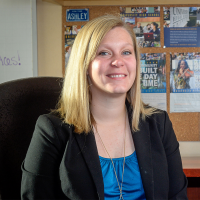 Beginning with the 2020-21 school year, which starts June 26, UHS will not hold classes on the Islamic holidays of Eid-al-Adha (July 31) and Eid al-Fitr (May 13). The decision was made by school officials after accepting a proposal by Muslim students for out-of-school observance of those holidays.

UHS already has out-of-school days for the observance of the Jewish holidays of Rosh Hashanah and Yom Kippur. The school is closed on the Christian holidays of Christmas and Easter, which fall when most schools in the U.S. are already closed.

“It is actually fairly common for independent schools across the country to close for Christian and Jewish holidays, but there weren’t as many schools, and none yet in central Indiana, who were doing the same for Muslim holidays,” said Ashley Crockett-Lohr, director of communications for UHS. “We believe that adding these Muslim holidays to our school calendar will increase awareness of them among our non-Muslim students.

“We hope it will also create opportunities for increased dialogue with our non-Muslim students and give all our students a greater appreciation for the diversity that exists within our school.”

Eid-al-Adha, also known as the “Festival of the Sacrifice,” honors Ibrahim’s obedient willingness to sacrifice his son at God’s command. Eid al-Fitr, also called the “Festival of Breaking the Fast,” is a celebration of the breaking of the monthlong fast of Ramadan.

Although UHS doesn’t ask students about religious affiliation, Crockett-Lohr said between 10 to 20 are active in the school’s Muslim Affinity Group. UHS had a total enrollment of 330 students for the 2019-20 academic year, which ended May 21.