“This is one step to help support resiliency across our businesses most affected by the public health emergency,” Mayor Emily Styron stated. “Many small businesses have secured emergency loans from the Small Business Administration but more needs to be done.”

Funding for the $25,000 appropriation will be administered through the Boone County Economic Development Corp.’s Small Business Economic Relief Fund, the corporation’s executive director Molly Whitehead said, and be earmarked for Zionsville businesses.

The Boone EDC’s Small Business Economic Relief Fund offers financial relief and business support to Boone County businesses with loans up to $10,000. At the start of the pandemic, the corporation had limited funding, limiting businesses to $5,000 loans before Lebanon and Whitestown contributed to the fund. The contributions allowed the corporation to bolster loans up to $10,000, and businesses in those communities had funds earmarked specifically for their businesses.

The Lebanon City Council and Whitestown Town Council each contributed $50,000 to the loan program earmarked for their respective businesses in late April and mid-May, respectively.

Previously, the corporation awarded Zionsville businesses No Label Studio and Eagle Insulation & Construction with funds to assist their operations affected by COVID-19 through its economic relief fund.

In addition, the Zionsville Redevelopment Commission has allotted $55,000 from the 106th Street tax increment financing district to the Zionsville Economic Resiliency Fund to support businesses within that district. The TIF district includes 96th Street, Michigan Road, Zionsville Road and Poplar Street. The funds were previously collected and budgeted for the calendar year.

Zionsville Chamber of Commerce Executive Director Allyson Gutwein said the fund could potentially help businesses plan for the next several months, a time when health experts say a second wave of COVID-19 cases could arrive.

“We’re trying to look forward, past what we know is affecting them at the moment to what could be affecting them in the next few months,” Gutwein said. “Even though a lot of the businesses that have been affected have applied for loans through (the Paycheck Protection Program), there’s also a number of people who could not apply for those loans because they didn’t qualify.”

According to a survey the chamber conducted in mid-April of its 432 members, only 34 percent of those who responded had applied for and received PPP loans, which assist small businesses with low-interest federal loans that can be forgiven if used primarily to shore-up payrolls. Almost as many said they had been denied funding. Gutwein said Zionsville’s fund could help businesses that did not receive a PPP loan.

“This move just opens up more potential funding for Zionsville businesses, in addition to those in the rest of the county,” Whitehead said. “What we saw was companies likely did not have a pandemic like this in their business plans. This was not something that, I think, many of us anticipated, so the funding at a variety of levels has been important to help businesses to stay afloat.” 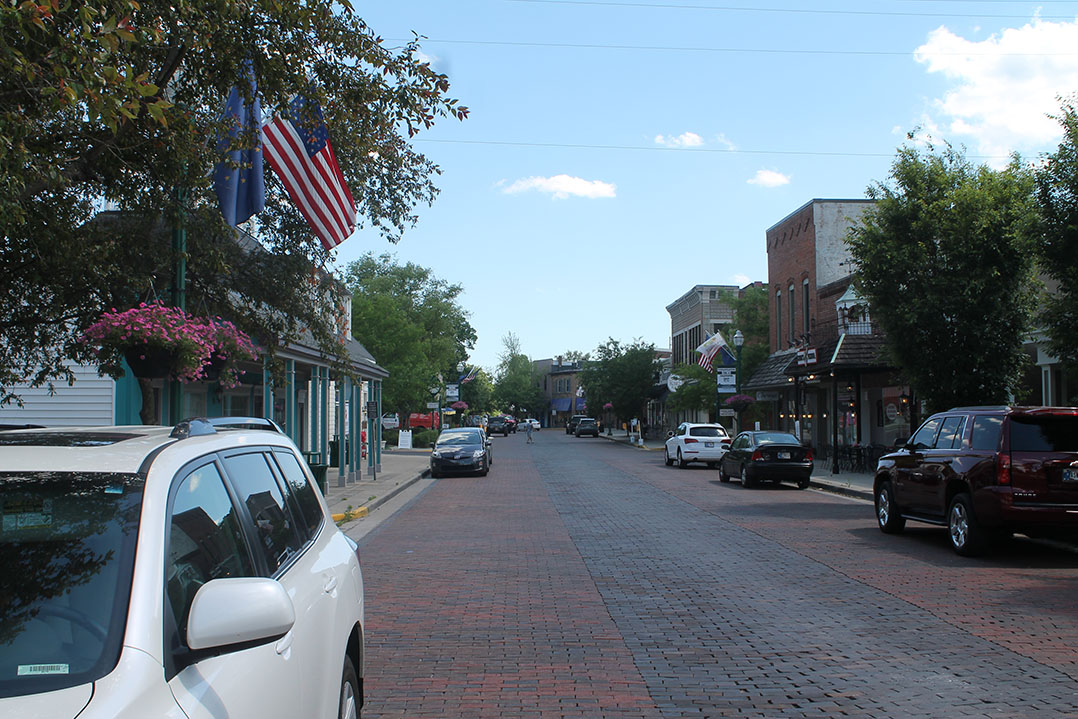 Some residents, like Kim Estep, 59, who owned the now shuttered Kim’s Cookie Café and was raised in Zionsville, said the Zionsville Economic Resiliency Fund does not help local businesses like hers. She said it needed to come earlier.

Estep’s business, like many other small businesses, relied on seasonal revenue to sustain it throughout the year. For her business, May was the most important month because of graduations, the Indianapolis 500 and Mother’s Day. This year, all of those events were altered because of the pandemic. Estep said orders were not placed at nearly the same rate, and her business suffered.

A long-time customer and high school friend each gave her $500 to help float the business, and she applied for relief funding. Her application for a PPP loan was denied, and the monetary gifts were quickly expended. In May, she reluctantly decided to close the store.

Estep said even though such economic relief efforts during the pandemic are appreciated, there are still some businesses that can’t pay back because of drastic revenue cuts.

“I don’t think it would have made any difference for me,” Estep said. “Let’s say I borrowed a low-interest loan at $10,000, and even with a deferment of, let’s say, six months, my business, that I could tell and that I’m gauging because of being so event-driven, would not be back to where I could pay my current bills, plus paying that back, so I don’t see how that is of help.”