Hillary McCarley has a host of reasons for embracing her new role with the Indiana Children’s Wish Fund, not the least of which is her family’s personal experience with the organization. 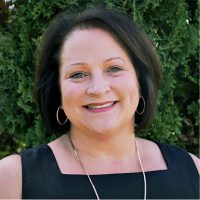 “So many things about this job were attractive to me,” said McCarley, recently hired as the nonprofit’s director of development. “Most important is my son, Michael, is a Wish Kid, so this organization is extremely personal to me.”

A longtime Carmel resident, McCarley has more than 25 years of experience in the nonprofit sector. She joins the ICWF after having previously worked for the Methodist Health Foundation, Children’s TherAply and the Jewish Community Center. In addition, she has volunteered for the Methodist Health Task Core, Canine Companions for Independence and the Indiana Children’s Foundation.

In her new role, which also is a new position within the organization, McCarley will, among other responsibilities, fundraise throughout Indiana to enhance the nonprofit’s mission of granting wishes to Indiana children between the ages of 3 and 18 who suffer from life-threatening illnesses.

“Over 3,200 wishes have been granted by the Indiana Children’s Wish Fund since 1984, and the map of Indiana families completely encompasses the entire state,” McCarley said. “The nonprofit already has a fantastic slate of events throughout the year, but I hope to raise a record amount of money to complement sponsorships and donors already affiliated with the organization.

“I also will be concentrating on writing grants, legacy giving, annual fund and monthly giving. I have my hands full.”

In 2016, McCarley’s son had his wish granted when he and his best friend, along with McCarley and her husband, Kevin, visited Disney World. Michael who has cerebral palsy, epilepsy and is legally blind, graduated with a certificate of attendance from Carmel High School in 2019. He is active in adaptive classes at the Monon Community Center, Music Therapy and Noble of Indiana.

“I have been honored to work in the nonprofit industry for over 25 years,” said McCarley, who has lived in Carmel for 20 years. “I am very happy and excited to be fundraising for Indiana children again.”