When Leah Spurlock received an email from the Songbook Academy, she called her mother.

“She dropped what she was doing and came home so I could open it with her,” Spurlock said. 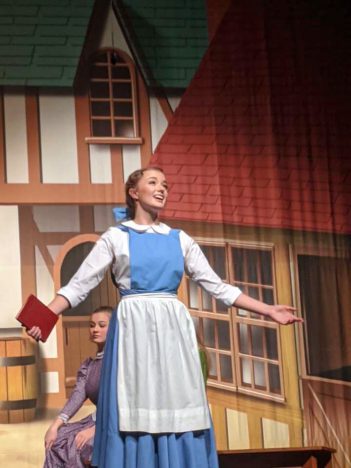 They shared the good news together as the 2020 Noblesville High School graduate was one of 40 students selected nationally for the Songbook Academy program, set for July 12 to 18. The intensive for young singers is typically held at the Center for the Performing Arts in Carmel but will be held virtually this year due to the coronavirus pandemic.

“I wanted to do it last year, but conflicts happened and unfortunately I ended up missing the audition deadline,” Spurlock said. “I’m glad I went after it this year and was able to get in. It was a little bit of a disappointment not to have the camaraderie with the other finalists and in-person coaching, but just the fact it can take place was such a huge relief.”

“I’ve never seen the finals, but I’ve been watching the performances from past Songbook Academy shows on YouTube,” Spurlock said.

“I love vintage things and that era of music,” she said.

Until she found out about the Songbook Academy, she didn’t know what the Great American Songbook entailed.

“When I found out about what it is, I found a lot of what I love listening to is part of it,” she said.

The Songbook era includes popular music and jazz standards from the 1920s to 1950s.

For the audition, Spurlock sang “If I Were A Bell” from “Guys and Dolls” and Doris Day’s version of “When I Fall in Love.”

Spurlock, who will major in musical theater at Belmont University, participated in the mixed show choir and NHS Singers for three years. She was the understudy for “Mary Poppins” at Grace Community Church in 2018, getting to play the title role in one performance.

Spurlock was cast as one of the Silly Girls in “Beauty and the Beast” in November 2019 and then was asked to be the understudy for the lead role of Belle. She performed the first show as Belle.

Song Academy week will conclude July 18 with an all-day performance showcase hosted by Feinstein and streamed online for families, friends and the public. For a schedule of events, visit TheSongbook.org/SongbookAcademyOnline.

Do you have other activities? 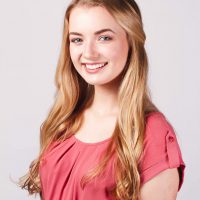 “I ran track from sixth grade through sophomore year, but then did spring plays at my school. I’m an equestrian, competing as a hunter jumper. I’ve been doing that for 11 years now.”

Who is you favorite Songbook performer?

“Frank Sinatra. A big part of that is it was played around my house a lot at Christmastime. My dad would make a pasta dinner and play Sinatra. I do love Ella Fitzgerald. A lot of my jazz favorite duets are Ella and Louis Armstrong. I love Doris Day’s voice, but songs Frank Sinatra would do are the ones I know the best.”

What do you do to relax?

“I love watching movies. Disney are big ones. (I enjoy) reading books if I have time.”

What was your favorite subject?

“I love writing, so English was the most consistent. I loved history a lot, too.