Tess Kossow wanted to share her son’s journey with others.

Her 2-year-old son, Ferris, was conceived through in vitro fertilization. 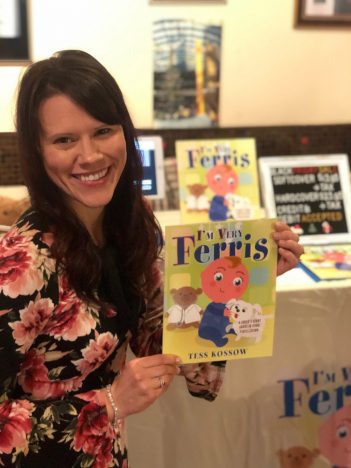 “There are no IVF books written from a child’s perspective, so I went ahead and created the book series,” said Kossow, who recently moved to Carmel from Chicago. “There are stories for children about infertility, but it’s not as if they were telling the story. I wanted Ferris to have a story to let him know how he came to be. I wanted it to be at a child’s level that explained a difficult subject in ways they could understand and visualize. There was nothing like that on the market.”

Kossow, 37, said the idea is to take children back to what IVF is through their eyes.

Kossow said she is letting the market determine how many books she writes.

“My goal is to continue the series as long as there is a need for it and want for it,” said Kossow, who has some ideas for a third book but hasn’t started writing it. “He’s a very active 2-year-old and loves learning the ins and outs of his new town. He loves cars and playing ball.”

In addition, Kossow is working on books regarding infertility for women.

Kossow, who got married in 2014, had difficulty conceiving and suffered a miscarriage before turning to IVF.

“With our last embryo, we were able to conceive our son,” she said. “Ferris means best choice, and he was our last embryo. It also means rock, and he is the rock of our relationship, so we like the uniqueness of the name.”

The book is available on Amazon and Barnes & Noble as well as at tesskossow.com.