You are at:Home»Current in Carmel»Carmel Community»Census deadline pushed to October

The 2020 census was originally planned for spring, but the COVID-19 pandemic has pushed it tp October.

However, U.S. Census Bureau media specialist Tim Swarens said the response numbers so far in Hamilton County have been strong. 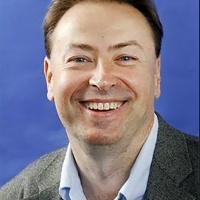 The self-response deadline for the census has been pushed to Oct. 31. Residents should have received requests to fill out the questionnaire in their mailboxes in the spring. They can submit responses by mail, online or by phone. If responses are not received, census takers will visit their homes.

“Because of the pandemic, the timeline has been delayed and its operations would have been underway by now, but they have been put on hold,” Swarens said. “There are three ways people can self-respond, and when we talk about the self-response rate in Hamilton County, that is people who have done that on their own by one of those three ways. People can self-respond through Oct. 31, which is an extension of the original deadline because of the pandemic.

“We will at some point send census takers and numerators into the field to visit homes where nobody has responded, but the dates for that have not been determined because of the pandemic.”

Census takers had been scheduled to go into the field in May.