You are at:Home»Night & Day»Artist Profile»Fishers resident takes on challenge of the Beast in Wisdom Builders Theater production

Peter Fulton certainly doesn’t feel he was typecast in one of the title roles in “Beauty and the Beast.” 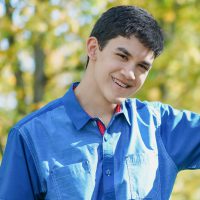 “The most challenging part about playing the Beast is being angry,’’ Fulton said. ‘I’m a pretty cool-headed person, so it feels unnatural to grunt and yell at everyone. Also, it’s been a challenge learning to yell without damaging my voice.”

The Fishers resident portrays the Beast in the Wisdom Builders Community Theater’s production of “Beauty and the Beast” July 24 to Aug. 1 at The Auditorium at The Annex, 300 N. 17th St., Noblesville.

“Actually, I had never thought about playing the Beast,” said Fulton, who was selected for the 2019 Songbook Academy summer intensive. “I didn’t audition for any specific character, so I was pleasantly surprised when the director called me back for a lead role.”

In contrast, Abby Emerick had definitely thought about playing Belle.

A 19-year-old Whitestown resident, Emerick said “Be Our Guest” is her favorite song

“I love the music, choreography, and it’s just a really fun song to be on stage during,” she said.

Emerick, a cosmetology graduate who works at a salon in Carmel, attended Wisdom Builders Co-Op for homeschooled students. She had previously performed in Wisdom Builders musicals. 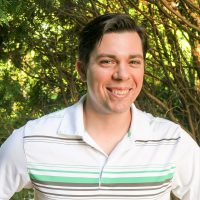 “Lumiere is absolutely a fantastic role for me,” Tolbert said. “During auditions, I thought it would be the best fit for me, although I would have been happy with any role.

“I love all the songs, but my favorite might be ‘The Mob Song.’”

“I have never seen ‘Beauty and the Beast’ performed on stage but have long loved the movie and have been interested in performing the musical for many years,” he said. 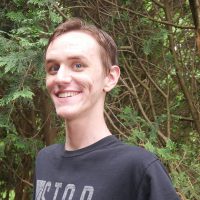 “Unlike other comedic characters like Lumiere and Chip, he doesn’t seem to realize how overdramatic he tends to be, which makes him easy to laugh at,” Haskins said. “At the same time, he also has a big heart and the best intentions for his prince and companions. We’ve done a lot of work to reconcile his big, exaggerated reactions with his genuine moments of sincerity in a way that feels right for the character. So far, I’m happy with the result.”

Haskins views “Beauty and the Beast” as a classic.

“It might be the best animated movie Disney has ever made, which is pretty high praise,” Haskins said. “It’ll be exciting to see how everything translates from the screen to the stage.”

Haskins, 22, has been part of Wisdom Builders Community Theater for several years.

“Many of the show’s cast members return from our previous shows, such as ‘You Can’t Take It With You’ and ‘Around the World in 80 Days,’” Haskins said. “Each of the leads have done an incredible job with their characters, and the ensemble is very committed to making this show the best it can be.”

The cast members began their first table read at the end of January.

“However, due to quarantine, we had to continue our rehearsals over Zoom,” Fulton said. “This was difficult, since it was near impossible to sync up our lines or practice musical numbers. In late May, we began in-person rehearsals outdoors.”

Tickets are $10. For more, visit wbtheater.com.