Paul Nselel began a career in banking before being drawn to the agriculture field. 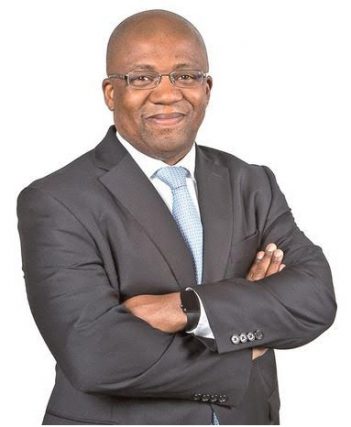 “Among other things, my father has an agronomy background,” he said. “Back in my native country of Cameroon, the focus on food safety for a growing population has always been front and center. So naturally, I have always had an interest in agriculture. My professional experience outside of agriculture, and even more so in agriculture, is an important building block to the professional that I am today.”

Nselel was recently named president and CEO of AgReliant Genetics, a Westfield agricultural company dedicated to the research, production and sale of corn, soybeans and other seeds across North America.

Nselel began his career in the agriculture industry with Monsanto, where he held a number of commercial and strategy leadership positions in Eastern Europe and North America. Following his time with Monsanto, he was appointed vice president and global general manager of Agrofresh Solutions, a Nasdaq-traded Agri-food company, where he led all commercial and technical teams for AgroFresh.

“In both companies, I have had the opportunity for several functional and commercial leadership roles, which broadened my perspective,” he said. “More importantly, I spent a lot of time with farmers, not only in North America but in many regions of the world. I gained an in-depth understanding of the industry. Farmers do something very noble. They produce food and they are stewards of many natural resources. I feel very privileged to have the opportunity to lead a team dedicated to helping enable their success.”

Nselel also spent several years in banking with Paribas in Europe and Lehman Brothers in New York before spending six years with Nike in strategic planning.

“It is really the breadth of my overall experience, namely functional expertise, industry depth in agriculture, and more importantly, interacting with farmers around the world, helping them solve key issues, which prepared me for this role,” he said. “As an industry, we have gone through a period of significant disruption. That said, I continue to see many opportunities for the industry and for farmers. My focus will be to lead the team to partner with farmers in realizing this value.”

Nselel moved from Philadelphia to Indianapolis for the AgReliant post.

“So far, for the size of this metropolitan area, I have been very impressed by access to culture (and) quality of infrastructure, which made my transition very easy,” he said. “Having spent a significant part of my life in both France and now the U.S., I am a proud citizen of both countries.”