You are at:Home»Current in Fishers»Fishers Community»Motorcycle ride to benefit Harvest Food Bank 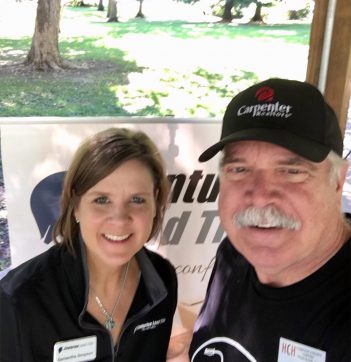 “We had about 10 riders last year. I didn’t realize we planned the ride for the same day as Motorcycles on Meridian,” said Greg McKenzie, one of the event’s organizers. “Our promotion was OK, but we didn’t capture many people for that very reason.”

McKenzie said he is shooting for 50 riders.

“But I’d be happy if we had 30 riders,” McKenzie said. “I’ve been putting (out) feelers with different motorcycle groups.”

McKenzie said if he doesn’t have a ride captain, he will most likely lead the ride.

McKenzie, who lives in north Indianapolis, serves as a co-organizer with Bob Killmer and Mary Lou Finchum, Harvest Food Bank board president. McKenzie and Killmer both served on the Hamilton County Division of MIBOR, or Metropolitan Indianapolis Board of Realtors.

McKenzie, who has participated in several charity motorcycle rides, runs the Indiana Motorcycle Riders, which has more than 16,600 followers.

“Our goal is to raise awareness on what a food bank does versus a food pantry,” Killmer said. “The food bank supplies the pantries and different organizations.”

Killmer, a Harvest Food Bank board member, said they are working with 4-H club participants who raise hogs and cows at fairs.

“We will bid on the meat, and that gets passed down to food pantries as well,” he said.

Killmer is in charge of the grilling for a meal at noon after the ride. Harley-Davidson is donating some of the meat.