You are at:Home»Current in Geist»Geist Education»United Way recognizes The Metropolitan School District of Lawrence Township 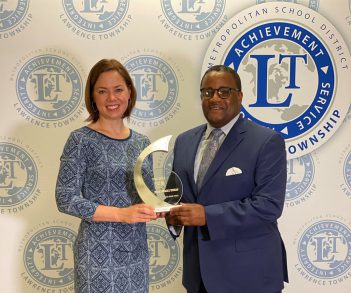 The district received the award at the annual celebration at Tibbs Drive-in Movie Theatre, in which award recipients were recognized in movie preview fashion for a socially distant event.

A press release from MSDLT stated the district received the award for exceptional volunteer and financial support in the community. MSDLT is the first school district to receive the award.

“It is truly an honor to be the first public K-12 school district in our community to be presented with this prestigious award,” Supt. Shawn Smith stated. “The United Way of Central Indiana has supported our programming for years, and I’m proud to lead a district where staff volunteer their time, talents and treasures daily to support the over 16,000 students that we serve.”