You are at:Home»Current in Carmel»Carmel Community»United Neighbors offers solar tips 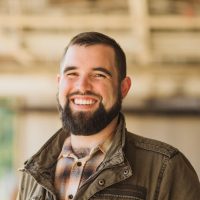 “We are a nonprofit that is working to build a new energy system that is clean, just and equitable and gives control to local communities,”  Schalk said on a Zoom session  “We help Hoosiers go solar, join together and fight for their energy rights because we think we need a strong solar movement here in Indiana and around the country that is pushing for rooftop solar and other clean energy technology (and) policies that allow everybody to benefit from a clean and equitable energy system.”

Indiana’s program was launched in 2019 and is one of the newer of the 12 states, Schalk said.

“Nationally, we have facilitated more than 240 of our solar co-ops and helped nearly 5,000 homes and businesses go solar since we started as a volunteer neighbor group in 2007 in Washington, D.C.,” he said.  “Here in Indiana, we’ve helped about 40 homes and businesses go solar through three solar co-ops. We have two solar co-ops in Hamilton County and Boone County that just selected an installer (July 14), so we’re hoping to help more groups go solar through those groups as well.”

The free solar co-ops make it easy to save money with a bulk discount by going solar with a group.

Schalk said co-op members get a free review of their roof to see if solar panels will work for them, along with 1-on-1 one support for their questions about going solar and an individualized proposal for solar at a bulk rate

Solarize Indiana is a statewide partner. In Boone County, Schalk said Solar United Neighbors is partnering with Boone County Voices of Change and the Town of Zionsville, and in Hamilton County with Carmel Green Initiative, Westfield Green Together and the cities of Carmel and Fishers.

Schalk said he addresses reasons why some people are skeptical about going solar in Indiana because it’s cloudy or snows for long periods of time.

Schalk uses a solar intensity map to debunk some of those myths to show available solar resources in states where there is a lot of sun and some without much.

“Indiana is right there in the middle of the range,” he said. “The map compares Indiana with Germany, which has some of the highest solar penetration in the world, even though they have much less solar resources in Germany than we have here in Indiana. If they can harvest sunshine in Germany, we can certainly do so here in Indiana.”

The south face of a roof is generally the best option for panels.

“Panels are efficient enough today that east or west installation can often make economic sense, but really, you just want to avoid a north facing roof. That’s when your production will really fall off,” Schalk said. “We want to avoid as much shading as possible because when your system is being shaded, it is not producing electricity.”

Schalk said partial shading at different parts of the day might not be a problem.

The nonprofit recommends replacing a roof first if the homeowner thinks it will need to be replaced in five to 10 years.

“It is expensive to take the panel down and reinstall them,” Schalk said.