You are at:Home»Current in Carmel»Carmel Community»Carmel resident gives assist to Final Table
Carmel resident Meredith McVicker has a key role during the World Food Championships’ Final Table: Indy.
McVicker is the chair of corporate outreach for Team Indiana and Culinary Crossroads. Larry Dickerson is director of Culinary Crossroads, which helps people understand the culinary landscape in Indiana. 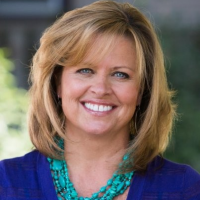 The Final Table will take place at Ivy Tech Culinary Center Aug. 7 to 9 in Indianapolis. Ten category champions from across the United States will compete to earn the title of World Food Champion and a $100,000 prize.

Ten category champions were selected in October 2019 in Dallas from more than 1,400 cooks from 42 states and 15 countries during the tournament’s search for the best culinary artisans from around the world. Anthony’s Chophouse chef Justin Miller represented Team Indiana at the World Food Championships in Dallas, but did not advance to the Final Table.
The Indianapolis event will be filmed by the Cooking Channel for a reality TV show to air in late September.
The event host committee, which includes Indiana Lt. Gov. Suzanne Crouch and representatives from Sysco, Visit Indy, Ivy Tech Culinary Center and Team Indiana/Culinary Crossroads, is working to incorporate Indiana-produced world-class agricultural and meat products into the three rounds of competition. Additionally, judges for the competition will include notable Indianapolis chefs, food writers and leaders of Indiana-based food products and service providers.
McVicker is the CEO of mConnectGROUP.
“mConnectGROUP works with many companies in Carmel and surrounding areas to attract, obtain and retain top talent,” McVicker said. “We work with companies that bring in the top two to five percent of talent from all over the world to bolster the workforce in Indiana. One of the top questions that is usually requested is what is the culinary landscape in Indiana? Where are the great restaurants? I became involved with the Culinary Crossroads initiative backed by the lieutenant governor (Crouch) because of the importance to help showcase the phenomenal chefs, restaurants and destinations, which are a substantial component of life in Indiana, especially now. Experiencing food at its finest is one of the best ways to connect, hence mConnectGROUP. The Final Table Event will culminate into a docuseries shown in September, crowning the world food champion a purse of $100,000. The Final Table is a wonderful way to highlight the growing world of food sport. Indiana is multi-layered in all levels of sports from the largest one-day, outdoor sporting event in the world to small organized sports activities.
For more, visit finaltable.worldfoodchampionships.com and teamindiana.org.
The category champions were introduced Aug. 7. Crouch and Ivy Tech President Sue Ellspermann host opening ceremonies at 11:30 a.m. Aug. 8. The competition continues at 10:30 a.m. Aug. 9.