You are at:Home»Lifestyle»55 and Better»Bridge Center members switch to virtual play 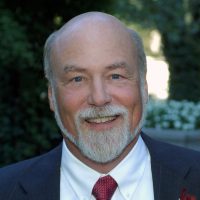 The Carmel resident plays five days a week on bridgebase.com instead of in-person. Van Vlack was playing at Indianapolis Bridge Center, but it has been closed since the pandemic and will likely not reopen until there is a COVID-19 vaccine because of the age of the participants.

“It’s saving the game because the fees you pay for that, a portion goes back to your local club,” Van Vlack said. “You can pay for $6 online and the clubs get a portion (slightly more than $3) of that. Without that income, the clubs all over the country would have to shut down. It’s a wonderful game. It’s a terrific pastime. They said it’s the world’s most popular card game, and I’m absolutely addicted, as are many others.”

Van Vlack plays with people from the Indianapolis area club during a two-hour afternoon time slot.

“I know the people I’m playing with and against from my live experience at the club,” said Van Vlack, who also plays online with a close friend from Arizona.

Van Vlack, who prefers to be called Van, said the strategy doesn’t change.

“It’s the same game,” he said. “It’s just the social aspect is limited. You can chat a little bit but it’s not the same as being with people.”

“We’ve salvaged our marriage as a result,” he said jokingly. “Sometimes you get frustrated with your partner, and sometimes it’s easier to get frustrated with your spouse than a friend. When you go to the club to play, most people are playing with friends but they’re not playing with their husband or wife. At the club, I had five or six partners.”

Van Vlack said all players get the same hand who are sitting across from each other.

“It’s unlike life. It’s totally fair,” he said. “So, it minimizes the amount of luck in the game. If you score more than your opponent, you win. You are given master points.”

Van Vlack said there is data that shows bridge keeps your brain sharp and helps fight off dementia.

Van Vlack began playing when he was 10 years old and continued through high school. He then got too busy and took up the game when he retired as a high school principal in Tucson, Ariz. Van Vlack and his wife moved to Carmel 8 1/2 years ago.

“I managed a bridge club in Tucson after I retired, which was a terrific job,” he said. “I got paid to play bridge. We have one daughter, and she and her husband lived in Chicago and she got pregnant, so our retirement thoughts of being in sunny Arizona were put aside to be grandparents, and we moved to Chicago. Then my daughter, Jenny Van Hampton, who is an attorney, got a job in Indianapolis, so we just tagged along.

“We have a 10-year granddaughter, who we’ve helped take care of since she was born. Her husband died three years ago of glioblastoma (brain cancer).”

Fishers resident Maureen Clerkin, 71, has been a member of the club for six years since retiring.

“I have about six or seven different partners,” Clerkin said. “I play with the same person every Wednesday. I’m guessing 50 percent of the Indianapolis club members are playing online. Some aren’t because they don’t like the online game as well. Since I’m playing with a lot of the same players, I feel like I am connecting with them.”

Clerkin played bridge when she was younger and then stopped for 40 years until retiring.

“Both my brothers play, and we grew up playing,” she said. “I’ve played a variety of card games, hearts, euchre, pinochle, poker. I like bridge the best. It’s the most challenging and the most fun. It takes a lot of work.

“When I started back, I took a lot of classes. It’s mentally stimulating.”