You are at:Home»Current in Zionsville»Zionsville Cover Stories»Coming soon: Hussey-Mayfield library expands into Worth Township

The Hussey-Mayfield Memorial Public Library is expanding its service area to include Worth Township and build a branch in the township, allowing residents to receive full library services for the first time.

The Worth Township Advisory Board accepted the library’s service proposal July 21 and approved it Aug. 10. It took effect Aug. 12, but the new branch won’t be built until late 2021, at the earliest. A location has not been determined. The Lebanon Public Library also submitted a proposal, but it was not accepted.

Next steps for the library include working with organizations serving Worth Township to form a community-based group tasked with determining the scope of services, branch construction and overall project timing.

“How exciting is it to create a library from scratch, make sure that your meeting the needs of a modern library?” Hussey-Mayfield Memorial Public Library Executive Director Sarah Moore said. “It doesn’t get to happen very often. I can’t think of a time when a library expanded into an area that it didn’t already serve. When you have this, it’s for life.

“It’s for generations of residents, and I’m so excited that we are able bring library service and put a branch of the library into an area that has been growing and has not had the opportunity to have this home library.”

In Boone County, townships, not city or county lines, define library service areas. The library’s district was made up of Eagle and Union townships, which included portions of Zionsville and Whitestown, leaving a large number of residents in both towns without public library service unless they paid a user fee, as directed by state statute. For several years, however, township trustees have signed contracts with libraries, providing a discounted fee. Some trustees cover a portion or all of the fee for their residents.

Moore said former Whitestown Town Manager Dax Norton approached the library in March 2018 with the idea of establishing a branch in Worth Township.

“We were definitely very interested in that,” Moore said. “We met with him to work on some of the details. It is a priority for us that we remove barriers to library services. That is something that has always been a large goal for us.”

In 2019, the library’s board began plans to implement bookmobile service within Perry and Worth townships to provide services while deliberations took place for the new branch. Bookmobile service has been ordered and could be launched before the end of the year, according to the library. A book drop will be installed in the area when a location has been confirmed.

“We are looking forward to serving Worth Township for generations to come,” Moore said.

Worth Township residents can register for a library card at the Library’s main branch at 250 N. 5th St., or online by visiting bit.ly/HMMPLcard. 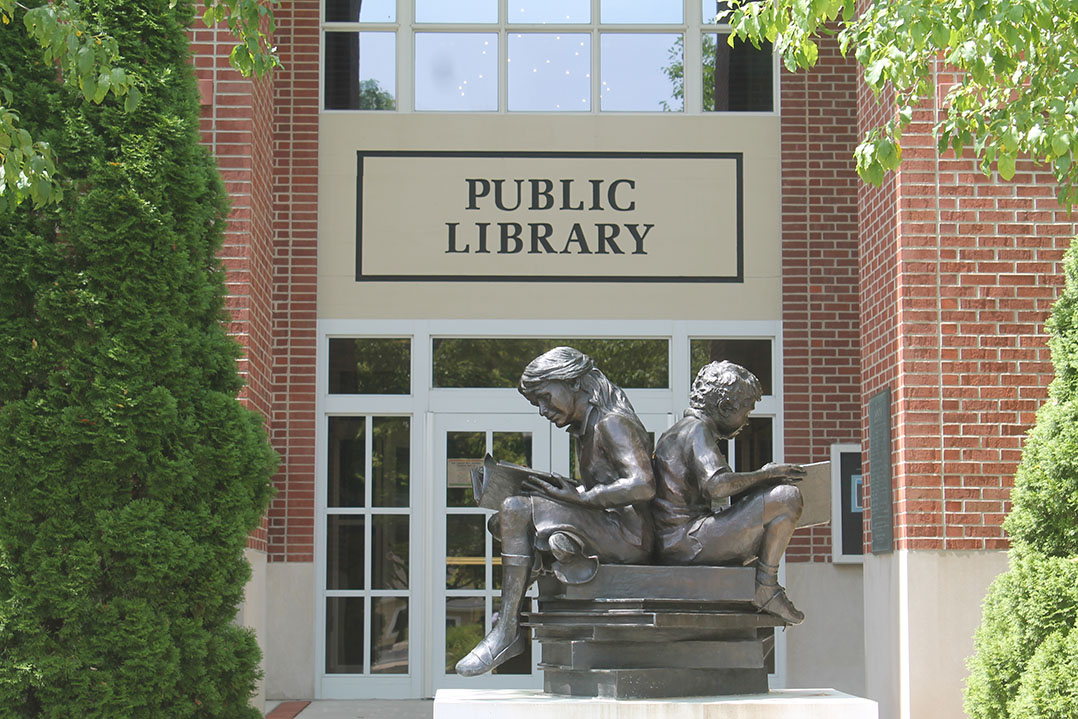 The Hussey-Mayfield Memorial Public Library will build a new branch in Worth Township. (Photo by Jarred Meeks)

To fund the new Hussey-Mayfield Memorial Public Library branch, Worth Township property owners will see a tax rate increase of $0.0554 to $0.0686 per $100 of adjusted assessed value beginning in 2022, according to library officials.

The final rate will be determined by the size of the branch, which has yet to be determined. The library’s proposal includes three possible sizes, ranging from 15,000 to 30,000 square feet. The mid-range rate of $0.0624 would translate into a $61.01 annual library tax for those with a $200,000 home, assuming mortgage deductions.

Zionsville property owners in Eagle and Union townships will see a temporary tax increase from $0.0211 up to $0.0343 per $100 of adjusted assessed value, according to the library. At the mid-range rate of $0.0281, a homeowner with a $200,000 home may see a $27.47 increase in their property taxes for one year, assuming mortgage deductions.

After the library pays off it current bond in 2023, property owners will see the increase to their library tax rate drop to between $0.0052 and $0.0184, according to the library. The bond used to pay for the new branch will run 10 years, Moore said.

Homeowners who have already met their tax cap will not see an increase in their property taxes. If the proposal to expand services into Perry Township also is approved, the tax rates will decrease even further. Tax changes will not go into effect until closer to the opening of the new branch, which is expected to be sometime in 2022.

Anyone wanting to participate in the planning and building process for the new branch can visit the Library’s website for upcoming opportunities.