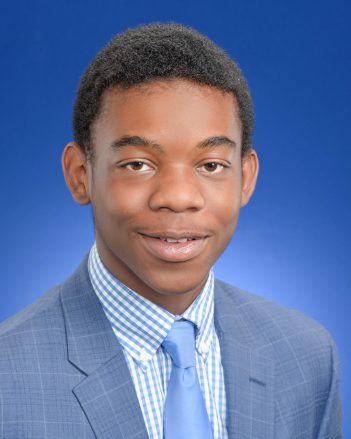 Ardayfio received a scholarship to travel to India and study Hindi, but the travel portion of the program was canceled due to the COVID-19 pandemic. The program was then moved to a virtual platform.

“Between June 15 and early August, we had classes for two hours and then we had a teacher,” Ardayfio said. “It was pretty interactive, and then we would have a culture class and learn about the different cultures of India.”

In addition to the Hindi language, Ardayfio also learned about Indian art and dancing. He chose Hindi because it is one of the most-commonly spoken languages in the world.

“I really like science and math and a lot of great mathematicians are from India, so I liked learning about that culture,” he said.

Ardayfio is applying for colleges. He wants to study physics and become a researcher. He plans to continue to learn Hindi throughout his education.

“I think learning Hindi will have a good impact because a lot of scientists live in India, and having a good grasp of the language and the Indian culture will be a good way to improve my networking with other professionals in my career,” he said.