You are at:Home»Current in Carmel»Carmel Cover Stories»‘Beating expectations’: City, tourism officials explain why they believe Hotel Carmichael is well positioned to weather pandemic

In the years leading up to the construction of Hotel Carmichael, its advocates frequently touted the need for an upscale hotel to accommodate clients of the many corporate headquarters in Carmel and provide accommodations within walking distance of the myriad events at and near the Center for the Performing Arts.

But because of the COVID-19 pandemic, nearly all live performances and business travel came to a screeching halt in March, and it’s unknown when they might return to normal levels.

Even before the pandemic reached Indiana, the controversial project raised concern when the city announced in January that the total cost of the hotel would be nearly 40 percent more than the $40 million estimated when the Carmel City Council approved the project in 2017.

The increased cost and devastating impact of the pandemic on the hotel business in general might seem to signal doom for Hotel Carmichael before it even opened, but city leaders and industry experts say that’s not the case.

In fact, the pandemic has led to more business than expected in the hotel’s first weeks, as weddings and other events originally scheduled in Indianapolis, Chicago and St. Louis moved to Carmel because of lighter COVID-19 restrictions in Hamilton County.

Carmel Redevelopment Commission Director Henry Mestetsky said the hotel has benefited from relocated events, but he believes its success can be primarily attributed to it being “likely the nicest hotel in the state.”

“The hotel was booked solid in its first week of opening and has been so busy that a dozen new employees have been hired since opening. Just this past weekend, five different wedding groups used the hotel,” Mestetsky said. “The Carmichael is on track to exceed revenue and occupancy projections for September and is beating expectations despite the pandemic because of what it is.”

Preparing for the worst

The 122-room, Autograph Collection hotel by Marriott is the result of a public/private partnership between the City of Carmel and developer Pedcor. The Carmel City Council approved $18 million in bonds for the hotel in 2017, with a city-backed loan covering $25.5 million. The CRC covered the $18.5 million cost increase by mortgaging two properties, reallocating extra funds from a 2016 tax increment financing bond and using its own operational dollars.

Originally set to receive 34 percent of hotel profits during the first decade of hotel operations, Pedcor previously agreed to reduce that number to 8 percent for as long as it takes to repay the CRC for covering the increased cost of the hotel. Because of the pandemic, Pedcor may have to wait even longer to see its full share of the profits. Mestetsky said the Downtown City Center Development Corp., a nonprofit funded in part by the CRC other redevelopment nonprofits, will cover any shortfalls and that Pedcor would repay the corporation with interest from its share of the profit.

“We do not generally comment on financial matters but will say that we are happy to be an investor in the Hotel Carmichael and believe that its strong opening successes indicate that it will have good financial results and also make it a good long term investment for both the city and Pedcor,” Pedcor President and CEO Bruce Cordingley said.

Carmel City Council member Jeff Worrell, who also serves on the CRC, said even before the pandemic hit, the city prepared backup measures to fund the hotel in case of a shortfall.

“I’m planning on the pandemic coming to an end, but in the worst-case scenario there are several levers that can be pulled, but I’m not willing to talk about those in Week 1 of the hotel,” Worrell said. “There are several things that could be done. You don’t go into this kind of thing blind without looking at those kinds of scenarios.”

Before the pandemic, officials said the hotel would need to operate at 60 to 70 percent occupancy to generate enough revenue to cover loan payments. Hotel Carmichael has generated strong interest in its first weeks, but nationwide higher-end hotels have generally been harder hit by the pandemic than their budget counterparts. 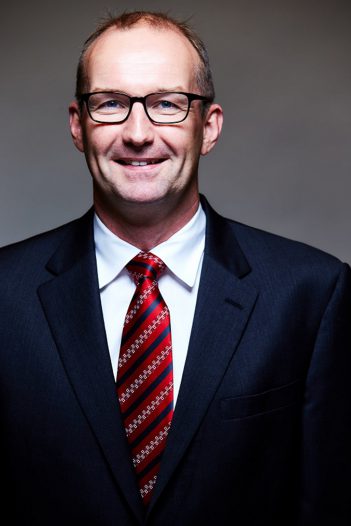 STR forecasts that nationwide hotel occupancy rates will be below 40 percent for 2020 and climb to 52 percent in 2021. Hotel business from meetings and conferences isn’t expected to pick up until after Labor Day 2021.

Although those numbers are a cause for concern, Freitag is confident business will return.

“The hotel industry will be fine, it’s just not fine today and not fine this year and not fine the beginning of next year, but you’re building a hotel with a 25- or 30-year lifespan,” he said. “These are hard assets. They’re going to be around forever, (although) they may not be around in the same ownership structure.”

Mestetsky said it’s important to consider the hotel as a long-term investment and centerpiece of a broad economic development strategy.

“History will judge this hotel by the sales price of the city’s investment when it’s sold in a few years to the private sector and the importance of the hotel for the next century, not occupancy levels in Month 2,” he said.

‘We’re going to make it through this’

Hamilton County Tourism President and CEO Brenda Myers knows it’s not an ideal time to be in the hotel business, but she believes Hotel Carmichael is better positioned to weather the pandemic than most other hotels.

“Hotel Carmichael stands to survive because it’s unique,” Myers said. “People are not going to be able to take big expensive vacations, so they tend to upscale their hotel selections. They say, ‘I’m going to go for the experience.’”

Myers said Hotel Carmichael, like most other hotels, will likely struggle on weekdays with business travel nearly at a standstill, but she believes its location near the Monon Greenway, The Cake Bake Shop and other Carmel landmarks will lure weekend visitors, even with nearby performances and events canceled.

“Every month brings newer optimism that we’re going to make it through this, and not everybody can say that right now,” she said.