You are at:Home»Current in Carmel»Carmel Community»Carmel to study impact of its roundabouts, tax increment financing

Roundabouts and tax increment financing have been two of the most well-used tools in Carmel’s growth during Mayor Jim Brainard’s 24-year tenure, and now the city is taking a closer look at their impact on the community.

The city is paying Community Data Platforms $280,000 to study the city’s use of roundabouts and TIF, with philanthropic initiative Schmidt Futures chipping in an additional $140,000. The Maryland-based company will gather data from a variety of sources to determine the costs and benefits of roundabouts and TIF, return on investment and public perception.

Brainard said the city has collected data on both tools before, but he expects CDP’s research and analysis to be much more comprehensive than previous studies.

“We’ll get a lot of information we don’t have. We have the basics, but it’s not as in-depth as I’d like,” Brainard said. “I’m excited we’ll have a lot of in-depth information about how these investments have worked out.” 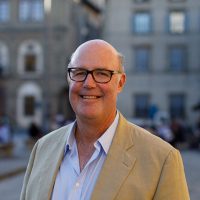 CDP founder and CEO Alan Worden said his team will create the Carmel Data Platform, a living data library CDP plans to launch in 2021 that it will continuously update for at least six months. He’s hoping city and other local leaders will see it as a valuable resource during that time and decide to continue it.

“The purpose is to help every leader who says they want to make evidence-based decisions actually have the resources to do it,” Worden said. “It’s one thing to say it, but if you don’t have a team of data scientists, you can’t aggregate data and can’t visualize it, it’s just talk.”

CDP plans to aggregate as much information as possible so local leaders can spend more time making decisions instead of constantly gathering data. The Carmel Data Platform aims to provide a wealth of information for nonprofits, government entities and small businesses in one place so each entity won’t have to continually hire their own consultants to compile it. 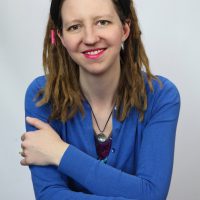 “When leaders are sitting down and writing policy, they should be able to focus on the creative decision-making process to get where their community wants to go and not have to argue about the data itself,” said Anna Tapp, CDP’s lead data scientist.

CDP gathers data from a wide variety of sources, ranging from city statistics to federal databases to Twitter.

“(Twitter’s) purpose isn’t to be a data vendor, yet we have a partnership with them where we can pull down Tweets,” Tapp said. “We’re going to be doing this for Carmel and looking at what the community is talking about on Twitter and how the city, in aggregate, can take that information and develop some kind of understanding about the sentiment of the community.”

Among CDP’s other projects in the works is a study to determine the most equitable way to distribute the COVID-19 vaccine in Houston if one becomes available.