You are at:Home»Current in Westfield»Westfield Community»Spending concerns Westfield school board candidate 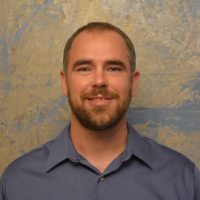 One of the deciding factors in J. Keith Owens moving to Westfield with his wife, Allison, and two sons was the reputation of Westfield Washington Schools.

The couple moved from Richmond three years ago, where they were both raised. Owens, a software developer at Kiwanis International, said as a “concerned taxpayer,” he is motivated to run for the District 3 school board seat.

“I believe that we are not being prudent with our tax dollars, and that the current board and administration have adopted a philosophy that we should spend as much as the debt limit will allow,” Owens said. “Westfield school system used a legal loophole to circumvent its debt limit when it took out the $90 million bonds, and yet the spending has not slowed down. The board just approved a $20 million early learning and administrative building. The Growing the Rocks way plan includes things like a $16 million performing arts center.”

Owens, 34, said Westfield has one of the highest school tax rates in Hamilton County, even higher than Carmel.

“Yet the current board does not ever talk about ways to bring the tax rate down or its debt down, and in fact they are making spending plans that will continue to keep the rate high,” Owens said. “The administration is also counting on continued increases in assessed values, a growing population and a growing business base without worrying about real possibilities like a recession.”

Owens said he gives the school board credit for putting together a data-driven plan to accommodate the growth, acting on the plan like the board said it would, and implementing it successfully.

“Some might argue that building new additional buildings instead of expanding would have been the better route; however, I understand that in any situation that requires projections certain assumptions need to be made,” he said. “My bigger concern with the way we’ve grown and continue to grow is that taxpayers and parents are treated like we are on a need-to-know basis. The best example I can give on this is that it took a community member pointing out that there wasn’t a pool included on the high school renovation renderings before we were informed that there was not a plan for a pool, but rather a natatorium. And since the referendum didn’t include costs for the natatorium, this would be an additional $15 million that would need to be spent on top of the $90 million.”

Owens said the philosophy also is apparent in the number of executive sessions that the school board holds, the lack of questions by school board members during the regular school board meetings, the few details listed on agendas that are presented to the public without any relevant documents available that are being discussed, and a lack of willingness to listen to input from parents and teachers.

The couple’s sons attend Shamrock Springs Elementary. Evan is in fourth grade and Sam is in first grade.