You are at:Home»Current in Carmel»Carmel Community»2 sculptures featuring people of color among new installations planned for Carmel

More sculptures are coming to Carmel, including two representing ethnic minorities in the city.

New additions include a lifelike sculpture by J. Seward Johnson, a piece resulting as a collaboration with the city’s Indian community and a stainless-steel work proposed in a future roundabout. 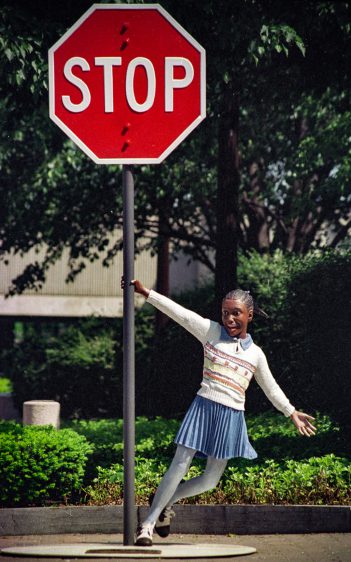 Carmel is already home to the largest collection of Seward Johnson sculptures outside of the artist’s home state of New Jersey, with 15 lifelike statues scattered throughout the city’s core. The newest addition will be “Waiting to Cross,” which features a Black girl smiling as she swings around a stop sign. The $70,000 sculpture was first cast in 1986.

City of Carmel spokesman Dan McFeely said the sculpture, which the city is receiving at a discounted rate, is expected to be placed near the Monon Greenway in the Arts & Design District.

In addition, Carmel Mayor Jim Brainard said he’s asked Carmel’s Indian community to help design a statue of an Indian woman in traditional dress. City officials have not released details on where the statue will be placed, but the project is expected to cost $100,000.

The Carmel City Council is expected to discuss possible funding for the statues at its Sept. 21 meeting.

The decision to install two sculptures featuring minorities comes after local organization Carmel Against Racial Injustice called for the city to be more inclusive of minorities, in part by including them in its statues. McFeely, however, said plans to diversify the city’s collection had already been in the works.

“We have been discussing acquiring sculptures showing ethnic minorities for a long time,” he said. “Suggestions have been made previously, before the recent incidents, by the Mayor’s Advisory Commission on Human Relations.”

Brainard said he “listened very carefully” to representatives from CARI during a recent meeting to discuss CARI’s demands of local government, including their request to see more statues of people of color.

“There weren’t many statues (of minorities by Seward Johnson) available at the time,” Brainard said of the initial installation of statues in Carmel. “It just wasn’t done.”

The first Seward Johnson sculpture in Carmel was “First Ride,” which features a man helping a child learn how to ride a bike. It was installed in December 2005 south of Main Street near the Monon Greenway.

McFeely said the sculptures will be considered for placement in the Arts & Design District, Midtown, City Center and near the Proscenium. Major redevelopment projects are occurring in all of those areas.

“There were no plans to place (the five statues) immediately, but the thought was to wait until construction was closer to completion,” McFeely said.

The sculptures are being stored by the street department.