Although the Boys & Girls Club of Noblesville has reopened, it has had to do so with smaller numbers.

The club was able to offer its outdoor camp at Camp Crosser and a day camp program at its facility in June and July. Then, it took a couple of weeks’ break to prepare and open the after-school program Aug. 17.

“That was basically so we could ensure there was transportation available,” BGCN Executive Director Becky Terry said. “We’re maxing out at 120 kids. That’s the most we’ll take for the time being to make sure we are taking all the safety precautions. We’re able to social distance within the program spaces that we have and (on) the buses as well.” 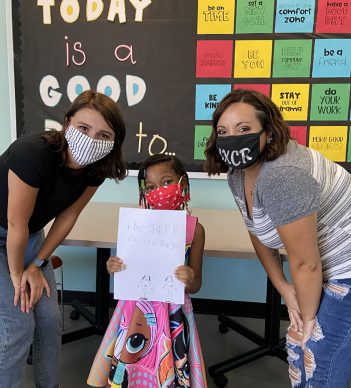 From left, Olivia Morales, Maddison Spikes and Haley Mendenhall work on an activity.

Terry said the club is still accepting registrations because it is not at capacity. She said the children remain in small groups.

“We’re keeping them with kids from their own school to be able to contact trace if there was ever a case (of COVID-19),” she said. “Staff and kids all have to wear masks while they are in the facility. We’re trying to still have the fun that the club is known for, but still keeping safety as the No. 1 priority for our kids and our staff.”

Terry said one of the hardest decisions was limiting capacity to the three elementary schools.

“Based on school proximity and need, we focused on elementary students because if there are middle and high school students that need to go home, it’s a little easier to take care of themselves,” Terry said. “We typically have a teen program.”

The program is open until 6 p.m., with dinner served two nights a week and a free snack every day.

“We are usually free flow where the kids can pick and choose what program they want to go to, but now they are in pods,” Terry said. “We’re providing programming in one space at a time so we can clean and disinfect the spaces between the groups.”

“They are getting outside a lot, making sure we’re in gym time,” Terry said. “We’re promoting healthy lifestyle. We really are providing everything we usually provide in some fashion. It just might look a little different right now.”

While the club was closed in April and May, it held a virtual clubhouse to help with eLearning.

“If we end up seeing the schools close again, we would definitely put that back into place,” Terry said.

McCordsville Elementary music teacher Mandy Greenlee said all three of her children, Trevor, 15, Braden, 12, and Emily, 10, have been actively involved in the club in the past.

“Because of COVID-19, only my youngest is able to attend at this time but we are grateful for that,” she said. “With elementary school releasing earlier than the high school, she doesn’t have to return regularly to an empty house and the cost is more budget friendly than other after school programs and much more flexible.”

Trevor is working at the club, answering phones along with other duties.

“Our favorite program with the club is the election and the follow up job shadow,” Greenlee said. “Every year, members get to run for local office and the whole club gets to practice using the rights to vote to elect each person to fill the job shadow. Trevor was elected to job shadow the Hamilton County prosecutor where he spent the day in his office and in court. He learned so much and loved every minute Braden is hoping they can still do this program, despite COVID-19, this spring.” 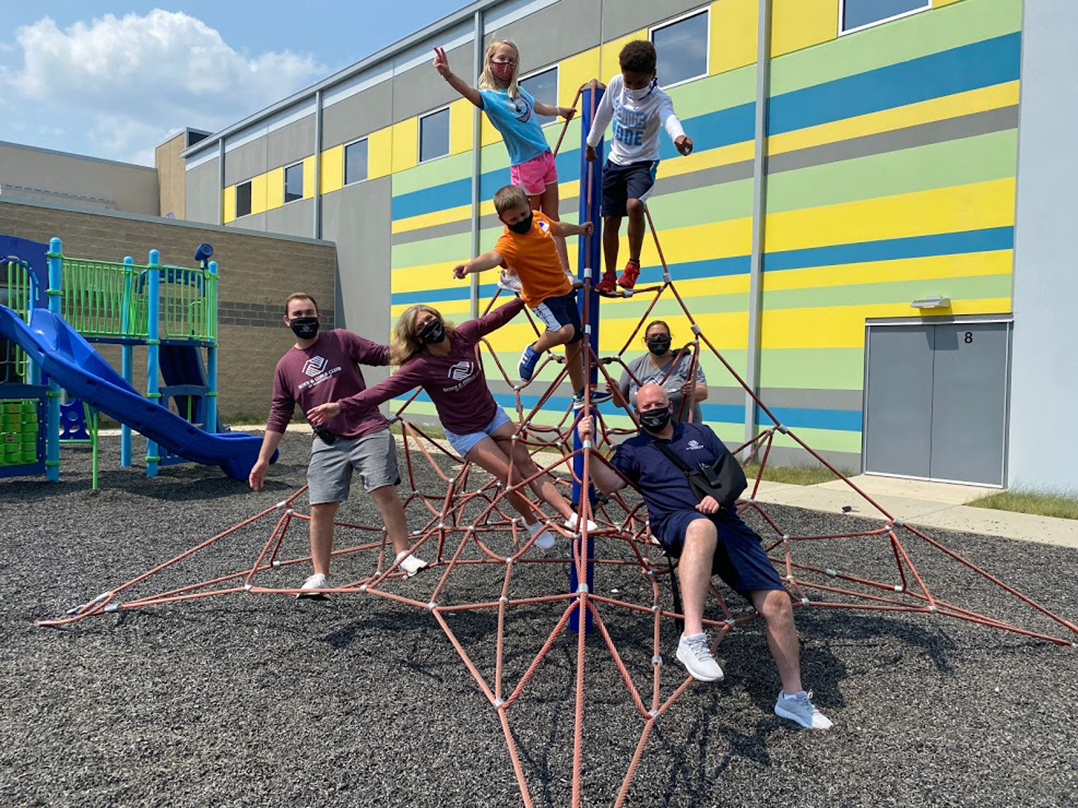 Funds needed due to revenue loss

Development Director Nathan Helm said the pandemic has created an opportunity for the club to receive more funding.

“The four main ones we received some additional grant funding from are the Hamilton County Community Foundation, United Way of Central Indiana, Crosser Family Foundation and the City of Noblesville,” he said. “It’s kind of an emergency-response funding to that virtual experience ranging all the way up to our fixed every day expenses. Those groups have been major assets to us as well as we have a lot of individual donors that have stepped up their own support.”

The Ladies Auxiliary Auction, which was scheduled in March, was held outdoors July 24 at the Harbour Trees Beach Club. It raised an event-record $155,000, Helm said.

Terry said a 5K race this month was canceled because the other events – the golf outing and auction — were postponed and put too many events too close together.

The Darlington Bed Race, scheduled for June and then moved to Sept. 18, was canceled because Helm said the race draws a large crowd and it would have been impossible to socially distance.

“A lot of donors have been very generous to us throughout this process as we’ve incurred more expenses than normal, also without receiving as much income through our programs and rentals,” Helm said.

That has helped bridge the gap because BGCN Executive Director Becky Terry said there was a $215,000 loss of revenue because the club was closed for 12 weeks, followed by a drop in numbers because of restrictions. There is a scholarship program for families in need.

“We never turn a child away,” Terry said. “We’ll always work with a family to find that middle ground and make sure we can bring that kiddo into the program.”