In bouldering, a subset of rock climbing, routes are commonly called “problems,” and Climb Time Indy co-owner Topher Bell sure had a problem on his hands when he and his business partner Tod Utter were forced to close the gym in March due to the COVID-19 pandemic.

Bell, of Indianapolis, and Utter, of Noblesville, assumed ownership of the Geist/Fishers area climbing gym when the previews owner, Steve Allen, pursued a different career path after owning the gym for 15 years.

Bell and Utter became co-owners in November 2019. Just a few months later, they had to close the gym. Climb Time Indy, which operates at 25 percent capacity, reopened in June. Climbers are required to wear face coverings at all times.

Yet, Bell said climbers are well-versed about caution, especially when it comes to climbing.

“The climbing community as a whole tends to be very cautious,” the 2005 Carmel High School graduate said. “I think we face risk frequently enough that we are used to caution, so we are requiring masks for all entrants as part of that cautious approach to having fun. This is for anybody that does want to get out and get excited and feel the thrill, get a workout in and feel strong in an environment where they don’t feel like they’re going to be exposed unnecessarily to any sort of COVID contaminants. This is a great option.

Because of the pandemic, Bell and Utter haven’t been able to offer all of the programs they envisioned in the spring. But they expect to be able to do so in the coming weeks and months.

“We are trying to do a theme or an event every single month for our member base, to challenge them to climb harder, climb better and invest in the community more,” Bell said.

The facility shows films, offers yoga and creates challenges where climbers are tasked with climbing a total 1-mile of routes throughout a month.

The pandemic caused Climb Time Indy to lose approximately 10 percent of its membership, and the gym also saw a sharp decline in its other offerings, such as day passes. Moreover, the gym also faces the hurdle in the fact that Indiana isn’t widely regarded as a rock-climbing destination, but Bell said that doesn’t deter him and Utter from introducing new climbers to the sport.

“This is a sport that’s very accessible out West. If you want to be a rock climber in Colorado, that’s the same as telling someone you want to start running here,” Bell said. “To become a climber or decide you want to try climbing in the state of Indiana takes a lot of courage because it is such a foreign sport for us. So, what Climb Time has always offered, and we want to continue to offer at an even greater scale, is a welcoming environment for everybody who has an interest in climbing.”

“The gym is trying to invest in the members to help them maximize what they get out of the sport,” Bell said. “To me, Indiana climbing is something that is very special and not like most other places. To look at us, you think we’re not supposed to be rock climbers, and I think that attitude is what helps cultivate such a strong sense of community in this gym and in this state.” 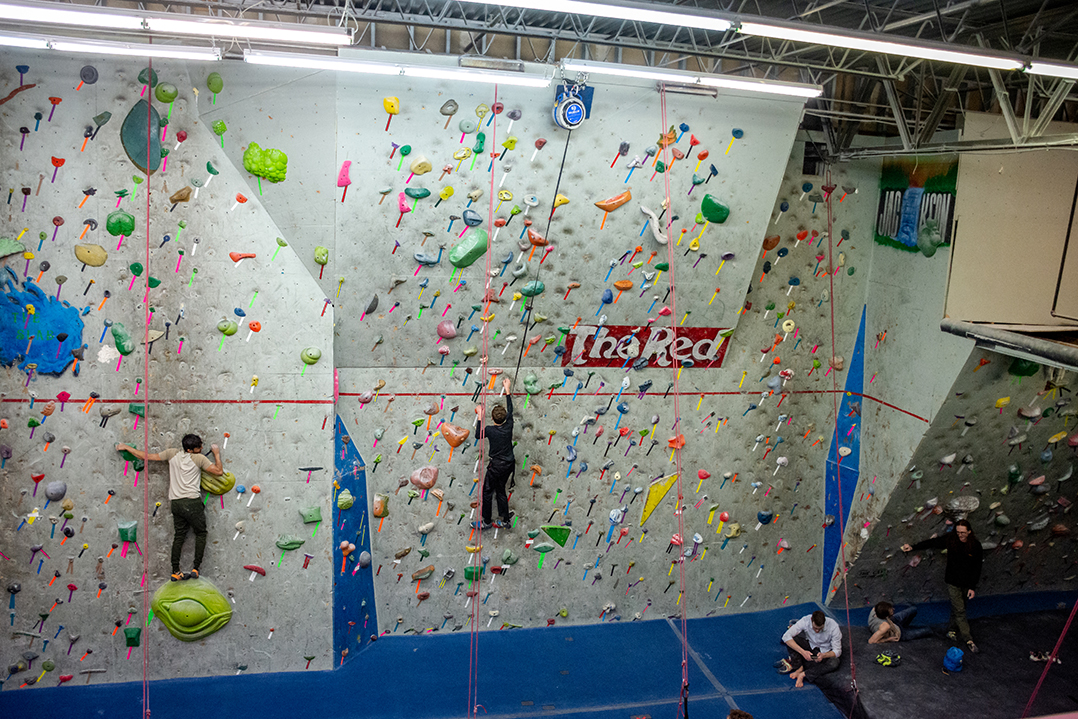 Climb Time Indy is at 8750 Corporation Dr., Indianapolis. It offers memberships for $40 a month. The fee includes events, gear rental and unlimited climbing. There are no start-up or cancellation fees. It also offers day passes for $12 with gear rental of $6. A boulder pass is $10, and shoe rental is $3.