You are at:Home»Current in Westfield»Westfield Cover Stories»Part of a team: Westfield High School athletic groups pair students for mentorship program 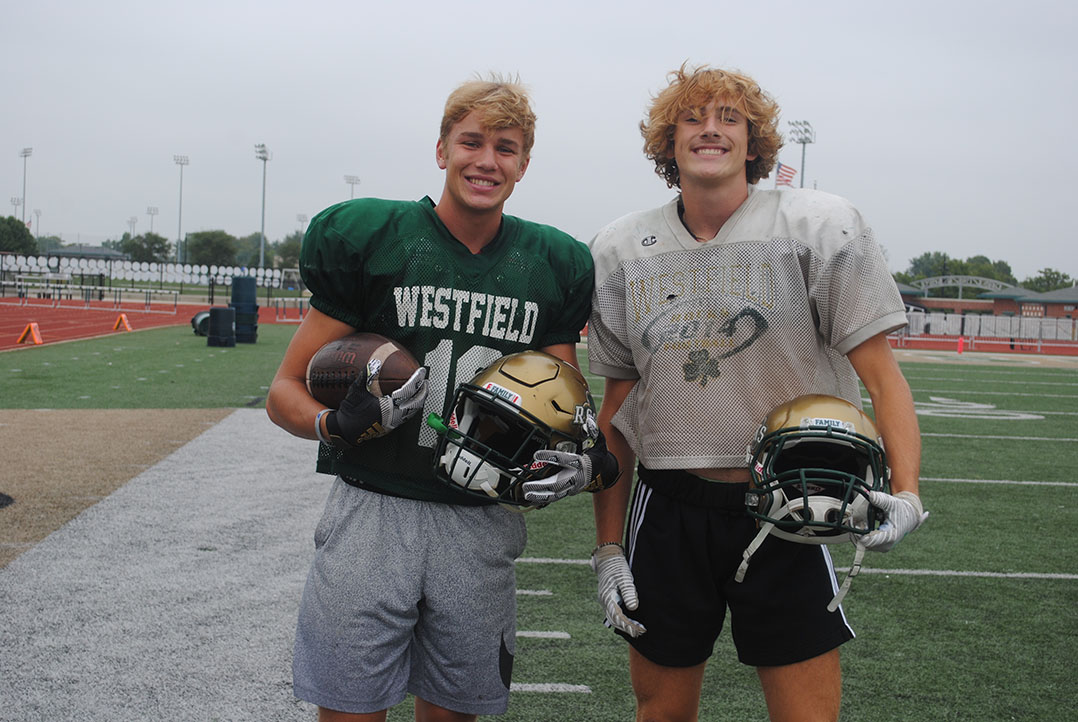 Westfield High School’s athletics department didn’t set out to pair students in a mentorship program. Rather, it evolved naturally.

Tebbe said a student-to-student mentorship program developed out of that mindset.

“This is not anything we as an athletic department told them they had to do, but as our school has grown and the teams have grown and the rosters have grown, a lot of our teams and coaches took it upon themselves to put together this mentorship program,” Tebbe said. “Every program does it differently. There’s no one model or one size fits all, so they all do things a little different.”

Typically, an upperclassman is paired with a younger student. Sometimes, groups are even paired.

“A lot of times it’s a small group, like with girls basketball,” Tebbe said. “We have one junior or one senior with two sophomores and two freshmen. Girls basketball did a book study this summer on a book about leadership.”

On the football team, freshman Zeke Richardson is paired with senior Benji Welch.

Welch and Richardson have gone to lunch several times. They were paired about three weeks before school started. Richardson also attends chapel with Welch after practice, a get-together in the team room during which Welch shares a Christian message with his teammates.

Having a mentor helped Richardson adjust to being a new student at the high school.

“Going into (the school year), I was pretty nervous because I didn’t know what to expect and I had a lot of questions, but Benji made it a lot more helpful with the sports and the social aspect,” Richardson said. “Anything I needed to know he had an answer for.”

Richardson is a wide receiver on the high school’s freshman team. The athletic department’s mentorship program is something that’s grown each year.

“This has been something that’s evolved,” Tebbe said of the program. “We’ve always taught relationships with our coaches, and that’s evolved into this mentorship program.” 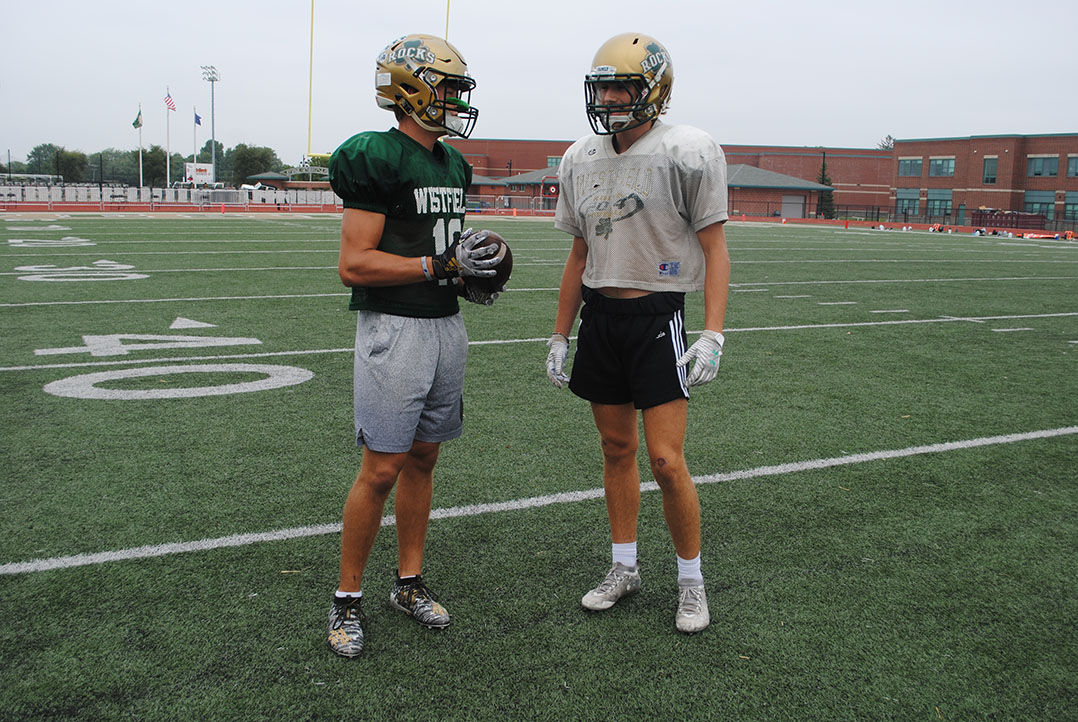 “One of my brothers”

“I was definitely mentored by some of the older people early on in basketball and football, so it’s super cool now being the older person and getting to influence Zeke and be there for him and answering questions he might have, but also giving him a friend outside of his grade,” Welch said. “It’s easy to be close to guys in your grade.”

Welch and Richardson were paired not just on their participation in basketball and football, but also because Richardson was weighing a difficult decision as a freshman.

“At the start of the year, Zeke was deciding whether or not keep playing football. He played in middle school, but he was thinking about only playing basketball, which is exactly what I did,” Welch said. “I took a couple years off of (football) and then came back to it, so coach Gilbert put us together. He thought it was a good relationship starter for us.”

Welch embraces his role as a mentor.

“It’s not really even a job or a duty. I really do take joy in it. I love the younger guys and have developed a passion for impacting them and pouring into them,” Welch said. “I don’t look at it as a mentor/mentee anymore. He’s just one of my brothers on the team.”