You are at:Home»Current in Carmel»Carmel Community»Bechtold optimistic about election rematch in District 24

Naomi Bechtold was initially motivated to run for public office by the political discourse in the 2016 presidential election.

“I originally decided to run after the outcome of the 2016 election because I saw a danger to democracy developing and decided the best way to combat it was on a local level,” Bechtold said. 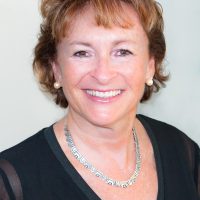 Bechtold, a Democrat from Carmel, ran against Republican incumbent Donna Schaibley in 2018 for the District 24 seat in the Indiana House of Representatives. Schaibley has served as state representative since 2014

“I knew the odds were very much against me winning, but I did it, anyway, and ended up receiving 42 percent of the vote,” Bechtold said. “Lots of things have changed since the 2018 election, but many things haven’t. We still have a supermajority pushing a far-right agenda, so I’ve decided to run again to be that constituent voice that hasn’t been heard and be that leader for all of us.”

Bechtold announced in November 2019 she would run against Schaibley in the Nov. 3 election. She said she became optimistic about running when Miles Nelson became the first Democrat to win a Carmel City Council seat since Carmel became a city and Democrat Emily Styron was elected Zionsville mayor.

“Both of those historic wins took place in the heart of my district and is direct evidence that District 24 is indeed turning blue,” she said. “Now, my campaign is within striking distance of another win this November. We literally doubled our voting going from 23 percent in 2018 to receiving 46 percent of the vote in the primary this past June. We also increased our vote total by over 5,100 votes compared to Donna’s minimal 1,100 vote increase.”

Bechtold is a professional educator and an accredited financial counselor with Purdue Extension.

“For over a decade, I’ve listened to the needs of local communities, mediated between sharply divided opinions and worked to find a collaborative path for progress,” she said. “I have also served as a member on the Carmel Clay Parks Foundation Board of Directors, as a founding member of the Carmel Kiwanis Club and as president for the Indiana affiliate of the National Extension Association of Family and Consumer Sciences. In all of these roles, I have consistently proven myself to be an independent thinker, thoughtful listener and a valuable member of the community.”

Bechtold and her husband, Marty, moved to Carmel in 2008. The couple’s children, Bridget Ann and Bryant, are Brebeuf Jesuit Preparatory School graduates. Bridget Ann graduated from Indiana University’s Kelley School of Business and Bryant is a Purdue graduate.