You are at:Home»Current in Carmel»Carmel Community»Carmel’s wastewater testing for COVID-19 not yet quick enough to stop spread

In early May, the City of Carmel announced it was working with Boston-based Biobot to determine the prevalence of COVID-19 in Carmel by testing wastewater samples for its presence.

The partnership aimed to provide an early warning about outbreaks in the community, as the virus can be detected in feces before symptoms of the disease emerge. City officials hoped to eventually be able to collect samples from manholes to detect cases in specific buildings, such as schools or nursing homes. 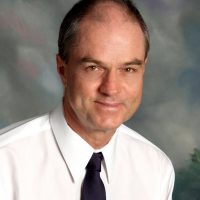 Biobot’s test seemed to work, but results came back too slowly to halt potential outbreaks. Carmel Utilities Director John Duffy told the Carmel City Council during a budget workshop in September that it took up to a month to receive results, and by that time many of those infected had likely already spread the disease and recovered from it.

Biobot also raised its price from $120 to $1,200 per sample after initial rounds of testing, so Carmel officials began looking elsewhere for the service. They hoped to partner with scientists at the University of Notre Dame, but that didn’t work out either because the caseload in the city was too low.

“They want to sample where they know there is (a higher occurrence of the) virus, because they want to do their research,” Duffy said. “We weren’t really a good candidate.”

Now, the city is sending samples to two other labs, trying to determine if one can offer a quick enough turnaround time to be useful in preventing the spread of the virus. Duffy said the city has been receiving results back in approximately six days, slower than the one-day turnaround Mayor Jim Brainard would like to see.

The good news is that recent results have shown less virus present in the city than the results obtained in the spring.

“The virus is obviously still out there, but it appears it’s at a lower rate than it was in May when we were testing with Biobot,” Duffy said.

The city is spending $140 to test each sample, a cost that is expected to be reimbursed by the federal Coronavirus Aid, Relief, and Economic Security (CARES) Act.