You are at:Home»Current in Fishers»Fishers Cover Stories»Another chef in the kitchen: Fishers Test Kitchen seeks its next restaurant concept

“What we are looking for is somebody who is a chef or a restaurateur that has an idea or a concept that they want to try out, an original concept,” Fishers Test Kitchen CEO John Wechsler said. “We have the space available right now, and we are going to have a pop-up restaurant (soon), and this (new concept) will be replacing them sometime in 2021.”

The other two concepts – Korave Korean BBQ and Lil Dumplings Global Street Food — have a little less than a year left on their agreements. Natural State Provisions, the third concept, recently vacated the space, which is why Fishers Test Kitchen is seeking its next chef. Natural State Provisions recently moved out of the space to focus more so on its sister restaurant, King Dough.

Wechsler said a pop-up restaurant will occupy the space until a permanent occupant is found.

“We have one we are working with that hasn’t been announced yet,” he said.

Wechsler said there’s been an open call for applications ever since the Fishers Test Kitchen opened.

“There’s always the opportunity for someone to raise their hand,” Wechsler said. “The reality is, we want to have at least a month and a half or so to get them open, so we need to know in the next month from interested candidates. There’s no hard and fast deadline. We always have a call for concepts, but in order to take advantage of this next space, we are making that decision in October, and then we will want to look to get them open in early 2021.”

During the COVID-19 pandemic, Korave Korean BBQ shut down for approximately 60 days. Lil Dumplings remained open for carryout, but its declined.

“When Korave reopened, they also catered to the carryout crowd, and I’m definitely pleased to say as of now, we are 75 percent of the way back to what we were pre-COVID,” Wechsler said. “We are very close to considering that recovery complete.”

When Korave Korean BBQ’s and Lil Dumplings’ agreements ends, Wechsler said the restaurants may expand somewhere in Fishers or move somewhere else. It’s also possible the restaurants will wind their concepts down. Restaurants don’t pay a set fee for the Fishers Test Kitchen space. Instead, they pay a percentage of their monthly revenue.

“I’m already working with one of our concepts to expand into another location, and I think they all have desires to expand and grow their restaurant concepts,” Wechsler said. “We have just been very pleased with the support we have gotten.” 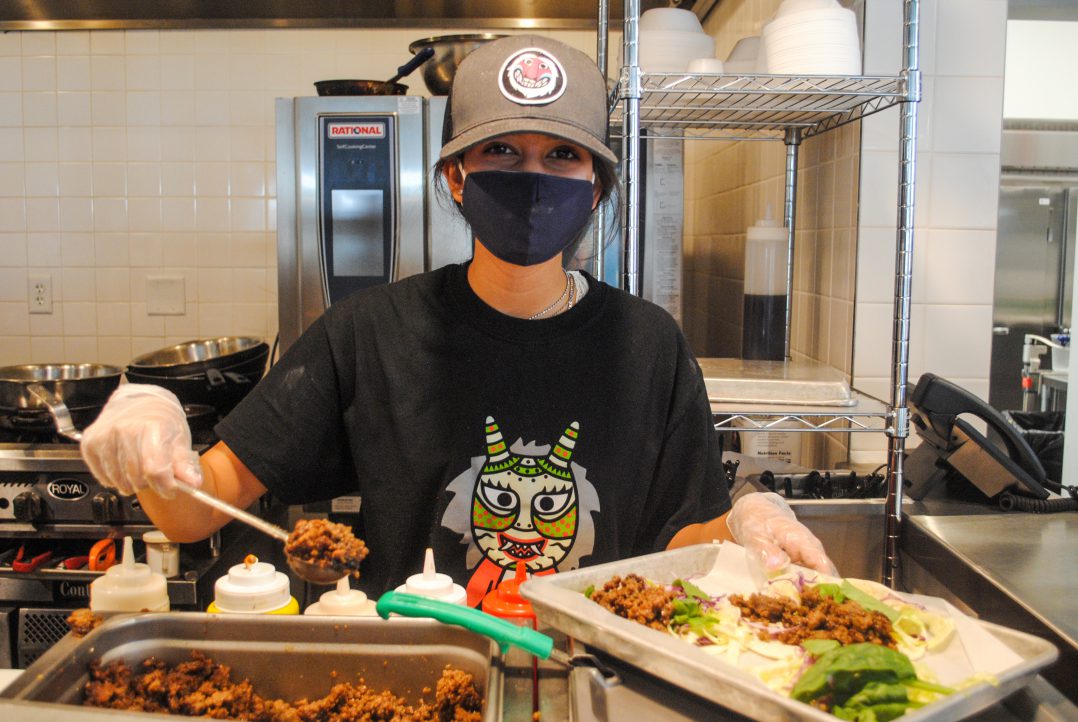 In addition to the restaurant concepts within the Fishers Test Kitchen, there also is The Signature Table, a pop-up concept offering various events.

“We have a very robust schedule coming up,” Fishers Test Kitchen CEO John Wechsler said. “We have a burger concept, a ramen noodle concept, and we have been very pleased with how that’s been received. We expect to see more pop-up concepts and seated dinners at The Signature Table.”

The schedule for The Signature Table can be viewed at signaturetable.com.