You are at:Home»Current in Geist»Geist Cover Stories»Paving the way: City of Lawrence works to complete road, water main projects

The City of Lawrence hasn’t let the COVID-19 pandemic slow roadwork down, and the Dept. of Public Works is finishing up several road projects throughout the city.

“The road through the park, all of that has been done, and they are finishing up the projects in the subdivisions,” Utility Supt. Scott Salsbery said. “That’s roughly $2 million of paving work being completed there in old Lawrence.” 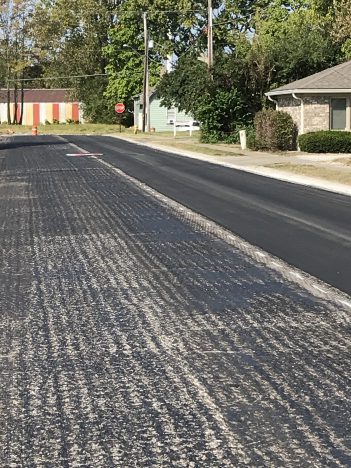 In addition, the DPW is working on Phase 1 of the Brookhaven Watermain replacement, which includes a $2.1 million project to replace the old mains and service lines and add new hydrants and valves; the 47th Street and Payton Street water main replacement, which is a $1.8 million project to replace the old main on 47th between Richardt Avenue and Franklin Road and on Payton Street from 47th Street to 48th Street and also replacing dead-end mains on stub streets south of 47th between Richardt Avenue to Franklin Road; and Phase 2 of the water system improvement project, with Phase 1 being completed in May 2019.

Phase 2 is a $7.9 million project that includes work at Fort Harrison and Indian Lake water treatment plants, Winding Ridge ground storage tank and more. The second contract for Phase 2 will start in 2021 and will replace old mains on 46th Street between Franklin Road and Shadeland Avenue and on Richardt Avenue between 48th and 56th streets, on Franklin Road from Records Street to 45th Street and on Franklin Road from 47th Street to Barksdale Way.

After Phases 1 and 2 are complete, the city will enter its ongoing water main replacement program to be completed with internal capital. Phase 1, 2 and the ongoing replacement projects are funded by the 2017 water bill rate increase.

“That included revenue to cover the Phase 1 and Phase 2 projects, which is roughly $20 million, so we have a revenue stream to cover the debt service on that,” Salsbery said. “It also included additional revenue targeted for the internal capital ongoing water main replacements and other projects as years go.”

Salsbery said the city is “in really good shape” with its water system. The water bill rate increase occurred during a period of four years. In total, the rate increased approximately 94 percent and raises were made incrementally in 2017, 2019 and 2020.

“The Phase 1 and Phase 2 water system improvement debt service was factored into that rate increase, plus ongoing projects,” Salsbery said. “The biggest part of that is the Richardt water treatment plant. That water plant was built in 1958, so when we redid the Richardt water treatment plant, not only did we build a new plant and put in new filters, but we also increased the capacity at that plant, so what before was a 2.8 million gallon per day plant is now able to pump 4.3 million gallons a day.”

The new water plants can filter water more efficiently, and as more water mains are replaced, there will be less iron in the water.

“Most of the complaints from customers are about rusty water due to iron buildup in the mains,” Salsbery said. “There’s a rather high frequency of water main breaks in the older part of the city, so as we replace more and more mains each year, the overall water quality will go up and the repair cost for water main breaks, those costs will go down.” 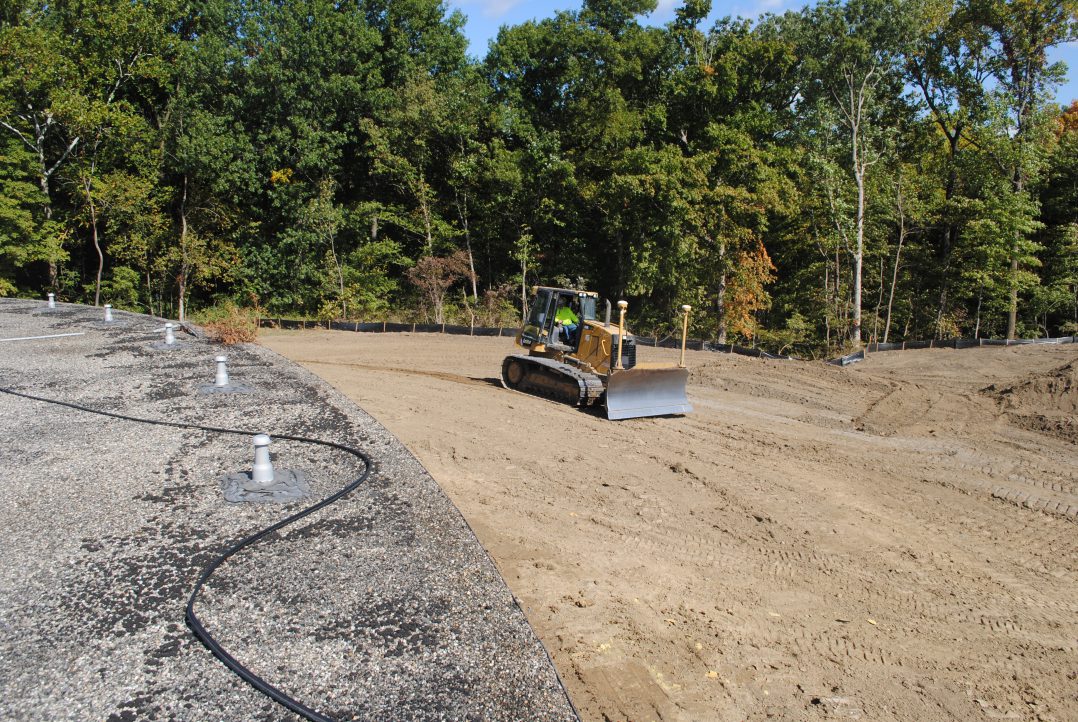 Utility Supt. Scott Salsbery displays one of the road projects recently completed by the City of Lawrence. (Photo by Anna Skinner)

“That will then mean the stormwater impact fees paid by Lawrence residents will remain in Lawrence. They will no longer go down to Indianapolis where that money sits down there and essentially does nothing for Lawrence residents,” Salsbery said. “The goal is to have that all completed before the end of the year.”