You are at:Home»Current in Carmel»Carmel Community»Carmel Swim Club pays tribute to late coach 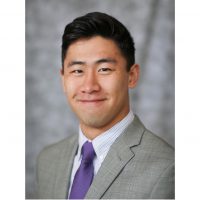 Even though he was only an assistant coach with the Carmel Swim Club program for one year, Benny Liang made a lasting impression.

“He definitely left a profound impact on the athletes, the parents and the coaches,” Carmel Swim Club Coach Chris Plumb said. “It was just his passion for the sport.”

Liang, 22, was found July 20 at the bottom of the pool at Woodland Country Club. The Hamilton County Coroner’s office determined it was an accidental death by drowning.

Plumb said Liang, who had to stop competitive swimming because of a heart condition, was swimming after a practice at Woodland, where he coached a team.

“We sold T-shirts in his name,” said Plumb, who said approximately 300 swimmers participated in the three-day meet.

“We’re saddened and we want to do all we can to make sure it doesn’t happen again,” said Plumb, who also coaches the CHS boys and girls swimming teams.

Liang’s family has set up GoFundMe page, where all proceeds go to the American Heart Association in Liang’s name. As of Oct. 8, more than $6,000 had been raised of a $7,500 goal.

Liang, from Whitewater, Wis., had been a swimmer at Wabash College for two years before he had to retire when the heart condition was detected.

“The fact he couldn’t swim, he brought that angst to coaching,” Plumb said. “I remember he gave a speech to the team about, ‘I was told to give up my dream, and now I use that passion for the sport to coach and help you guys.’ He took it personally when he coached because he didn’t have that opportunity. His passion was contagious. (The team members) loved him for it and he gave all he could to them.”

“Jake was one of the main reasons he came to Carmel,” Plumb said.

Liang worked with high school swimmers and coached 11- and 12-year-old swimmers during the summer, Plumb said.