You are at:Home»Current in Carmel»Carmel Community»Timing right for Carmel attorney’s school board run

Anne Poindexter had been thinking about running for the Carmel Clay Schools Board of Trustees for a while, and now that her daughter and members of her extended family have graduated, she feels the time is right. 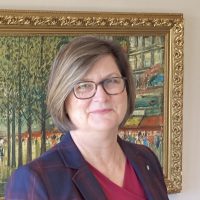 “I intentionally waited for this position until I didn’t have the impact of my own child or my own nephews in school, but I have that recent history for perspective, and I have a genuine desire to help others,” she said.

Poindexter is one of nine candidates seeking two at-large spots on the school board in the Nov. 3 general election.

Poindexter, a founding member of the Altman, Poindexter & Wyatt law firm, said her professional experience as an attorney and mediator would be beneficial on the school board as its members consider a variety of perspectives while problem-solving.

A 1980 graduate of Carmel High School, Poindexter said CCS has a strong legacy in academic achievement and keeping its facilities in top-notch condition. She believes it’s important for the district to continue its success by focusing on supporting the whole child, building its mental health resources and hiring and retaining top talent.

Poindexter has been a Carmel resident for more than 45 years. She is married to Carmel City Court Judge Brian Poindexter, and they have one daughter, who graduated from CHS in 2014 and is in her first year of medical school.