The Indiana Repertory Theatre staff and board have been reimagining its 2020-21 Season and curating IRT classic productions that will bring hope for the future. The IRT announced Oct. 12 it will produce a six-play virtual season opening in early December with the holiday offering “This Wonderful Life,” and run through June 2021.

In partnership with WFYI, productions will be filmed and available to stream for renewed season ticket holders and those who purchase virtual packages and tickets. The 2020-21 Season is supported by OneAmerica Financial Partners. IRT will continue to develop protocols in the event in-person performances can resume in the spring at the IRT in the OneAmerica Mainstage Theatre, giving patrons the option of live or virtual productions. 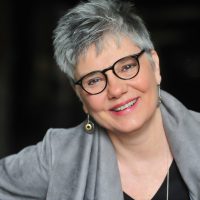 “The season will celebrate the resiliency of our art and safely accommodate our staff and actors in the rehearsal room, and patrons at home. This reimagined season has taken a lot of careful research and ingenuity to create,” IRT Margot Lacy Eccles Artistic Director Janet Allen stated. “Ultimately, we are beyond elated, while cautiously optimistic, to be able to share our craft and mission this season through virtual productions. What our patrons can expect is the artistic excellence that they have come to enjoy at the IRT, joyfully reinvented by artisans and artists, and delivered to you through our wonderful partnership with WFYI.”

What follows are some confirmed shows with dates. More titles will be announced in the near future.

“We are embarking on this virtual adventure and are swiftly creating plans for a truly unique season featuring IRT classics with themes of joy and hope. In this moment, to be able to produce this season means that we can retain our talented staff, hire world-class actors, and engage with our season ticket holders, donors, and our community in new ways. All the while, we are working diligently on reopening plans with the hope of in-person spring performances,” IRT Managing Director Suzanne Sweeney stated.