The Zionsville Town Council voted to create a department of public works, combining the street, stormwater and wastewater departments into a single entity, along with new divisions of facilities management, environmental stewardship and engineering.

Town officials said the move will improve services and provide economic benefit to the town by reducing the need to outsource services related to public works, thereby reducing expenses.

New positions will be created for the department, increasing town staffing, and they will be accounted for in the town’s salary ordinance. 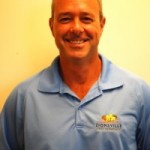 “If we can’t afford engineers, if we can’t add staff, that’s something we’ve faced in the past and something we will likely face in the future,” Lantz told to the town council during a recent meeting. “But it would be, in my opinion, wise to get this structure in place so that when financial capacities are there, if they are not this year, we can grow into it. But we can also begin immediately enjoying the operational efficiencies of operating under a single umbrella organization.”

“To think now that we would be operating without a town employee building inspector structure would make absolutely no sense,” Lantz said. “But at the time, some of these similar conversations were had, (such as) ‘Are we ready for a building inspector?’ We’ve done this before. These are growing steps as communities expand.”