Alicia Denniston knows she has big shoes to fill as Westfield High School’s new principal. The Westfield Washington Schools Board of Trustees and WWS Supt. Sherry Grate are confident she’s the right person for the job.

The board unanimously approved Denniston’s appointment as principal during a Sept. 29 special meeting.

The high school has looked for a new principal since June, after then-principal Stacy McGuire was reassigned to administrator of alternative learning. McGuire’s reassignment met resistance in the community and sparked several unsuccessful protests seeking McGuire to be reinstated as principal. Denniston and Bill Naas served as interim co-principals in the meantime. Before that, Denniston was the school’s assistant principal for eight years.

“I have had the privilege of working under Dr. McGuire now for the last eight years, and there are so many things she has taught me about culture, about students first, about preparing our students for the day after graduation,” Denniston said. “I shared with everyone throughout the interview process that there are so many cornerstones that must stay at WHS.”

Denniston is fond of a quote McGuire would often say: “We shall move heaven and earth never to lose a single student – for no young person is expendable. In the right environment, every young person, without exception, has unlimited potential for growth, improvement and success in life.”

“We are in it for every single student, and that is something I believe is ingrained in the culture of Westfield High School is students first, period,” she said.

Denniston also said she will focus on the cornerstones of preparing students to be life-ready and teach students servant leadership – to be kind, to be present, to be positive and to be grateful.

Denniston wanted to be an educator since she was a child.
“I believed that when I was a young girl, I wanted to go into education,” she said. “I just never faltered. I believe teachers are heroes and educators are making an impact and changing the world.”

After graduation, she was a student teacher at Pendleton Heights Middle School and then a teacher of Spanish and English at Shelbyville High School. Then, she taught Spanish at Felicity-Franklin High School in Ohio before teaching Spanish and English as a Second Language at WHS for five years. She then became WHS’ assistant principal for the next eight years.

“There’s something about Westfield that immediately I just knew this is where I want to be. This is home,” she said. “I’m very humbled by this. I don’t know that I would have initially thought I would be here in this position right now, but my love for the students, my love for the staff and just this school and wanting to lead this school has led me here.”

Approximately 2,500 students are enrolled at WHS. The school has an A rating with the Indiana Dept. of Education and a 98 percent graduation rate. WHS is ranked the fourth-best high school in the Indianapolis area and was designated a Distinguished School by Project Lead the Way, a STEM-focused nonprofit, in 2020. 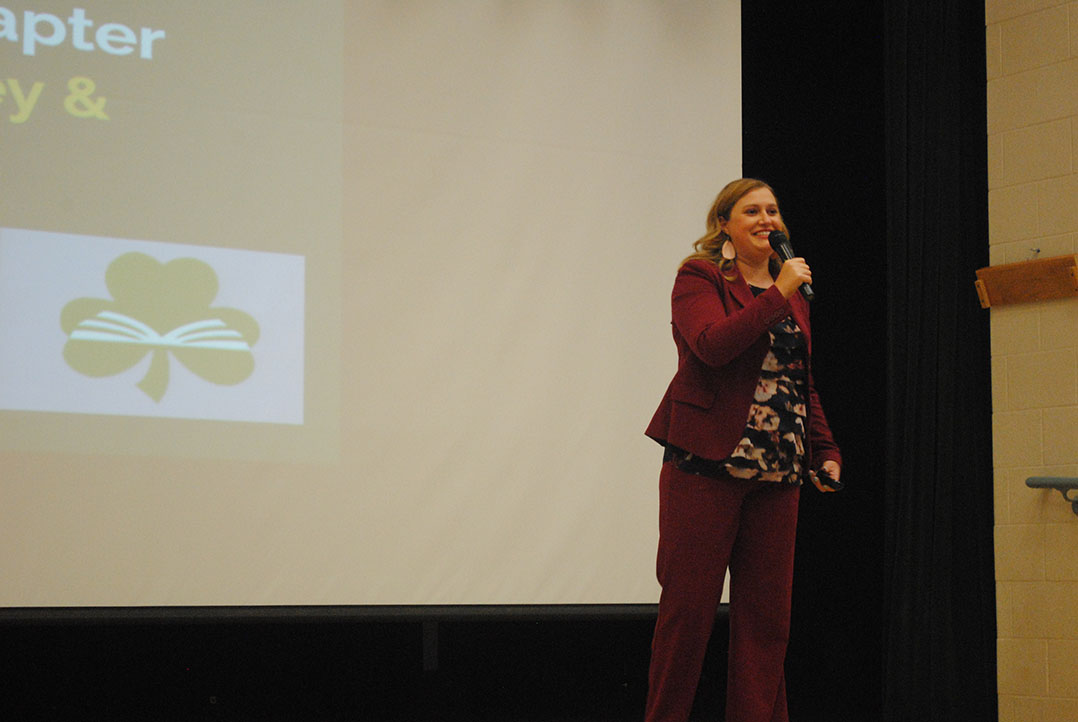 Alicia Denniston speaks at a special school board meeting about her goals as Westfield High School’s new principal. (Photo by Anna Skinner)

The process to hire a principal

“Earlier this summer, we began by gathering information and creating a profile for the best candidate. We gathered that from surveys of students, staff and parents and 1-on-1 meetings with staff members,” Grate said. “After screening interviews, we narrowed it to five candidates.”

An interview process then narrowed the search to two finalists, one of which was Alicia Denniston.

“Alicia Denniston is no stranger to Westfield High School,” Grate said. “She has served along with Bill Naas as interim co-principal since June, and she has done an outstanding job in the midst of COVID planning and in terms of where we are with this transition and (the Westfield High School) construction.”