You are at:Home»Current in Fishers»Fishers Cover Stories»Putting the garden to bed: Parks director talks seasonal preparations for AgriPark

By Anna Skinner on October 13, 2020 0 Comments
Fishers AgriPark workers cut a corn maze into its 10 acres of field corn.

With the arrival of cooler temperatures and the spring and summer growing season finished, gardeners are preparing their plots for the winter – including those at the Fishers Parks and Recreation Dept.’s AgriPark, a 33-acre urban farm at 11171 Florida Rd.

Winterization, a first-time process for the new AgriPark, includes peeling back the plastic and irrigation system, tilling the soil, adding fertilizer and planting a cover crop of rye.

“It grows sort of like grass, but that’ll help protect the nutrient in the soil, protect from erosion and then we will also add fertilizer,” Fishers Parks Director Sarah Sandquist said. 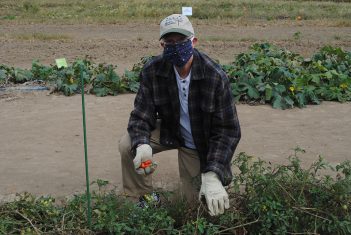 Planting a cover crop isn’t the only chore, though.

“Additionally, in the offseason, we plan to add a whole bunch of fencing,” Sandquist said. “We opened this year and spent quite a bit of time preparing to open, but we learned a few things during that time. We need some additional fencing to close off some areas and help better crowd management for when we open back up in the spring.”

Some winter programming may be offered in the barn at the AgriPark, even though the park will be closed. The barn provides a large indoor space with heaters.

Winter also gives the parks department time to evaluate its planting plan for 2021.

“We had a huge turnout this year in the short period of time we were open to the public, and that came with big demands,” Sandquist said. “We want to make sure next year we are planning for that and planting twice as much produce as we did as well as formalizing what that looks like in terms of turnover of crops.”

If planned correctly, when a cooler crop, such as snap peas, are ready for harvest, the department can remove the peas and plant something else in their place that would be available in the summer.

This year, Fishers residents had the freedom of visiting the park during hours of operation and harvest the produce for free. Sandquist said the you-pick option will continue to be a free activity for residents, but there may be stipulations in place next year.

“I think we will implement some sort of container or vessel, so when you show up to the farm you can only take what fits in the vessel,” Sandquist said. “We might, addition to that, have you scan some sort of resident card or a card of some sort, so if you come three days a week you can do you-pick once a week. We are still working through details.”

Although the you-pick option will be free, the AgriPark does plan to sell produce through a subscription program.

“We haven’t determined the quantity of those. At least 50, if not 100, subscriptions we will guarantee,” Sandquist said. “It’s a dedicated amount of produce every week to pick up at the farm. We will be offering that option as a paid option. If you know for sure you want to have 10 to 15 pounds of produce from the farm every week, that’ll be a good option.”

Sandquist expects the AgriPark will close after the Oct. 17 fall festival. It will reopen in the spring. For more, visit playfishers.com/agripark. 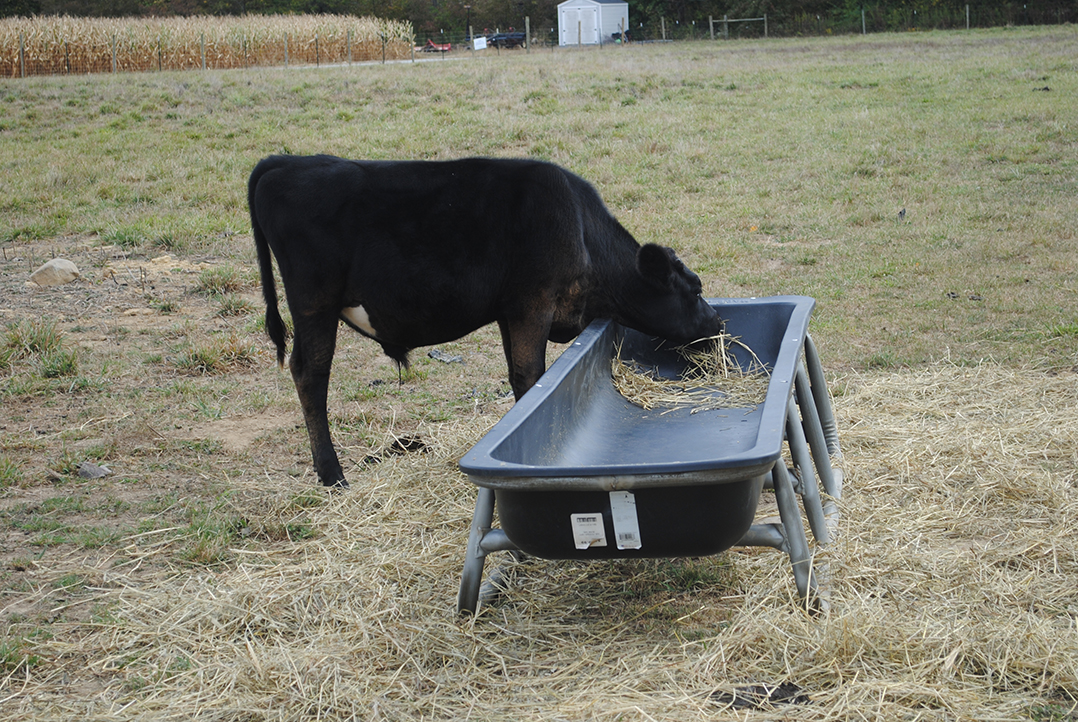 Fishers AgriPark is home to many animals, including two calves.

In addition to planting crops, the AgriPark also has the ability to utilize high tunnels, also known as hoop houses. High tunnels are greenhouse-like structures that allows crops to be grown outside their normal growing season.

AgriPark staff plans to plant crops in the high tunnels in February and then replant them in the ground when the weather gets warmer.

“We do know we’ll need a lot of help planting the garden from the community,” Fishsers Parks Director Sarah Sandquist said.