You are at:Home»Current in Carmel»Carmel Community»Former parks director Patterson receives Sagamore of the Wabash award 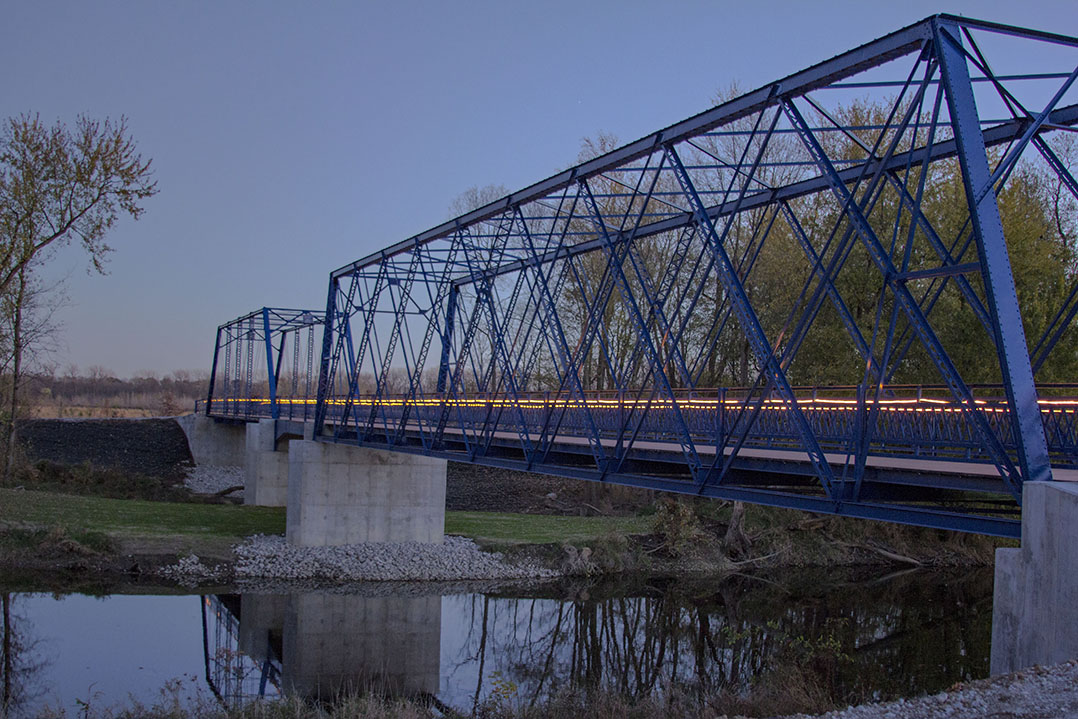 Former Hamilton County Parks and Recreation Dept. Director Al Patterson has strong family ties to the Sagamore of the Wabash, one of the highest awards the Indiana governor can bestow on a person. Patterson’s great uncle Oliver Patterson, an Army medic during World War II and the editor of the Versailles Republican from 1957 to 1982, and his great aunt Ruth Harper, an assessor for Hancock County, both received the award. 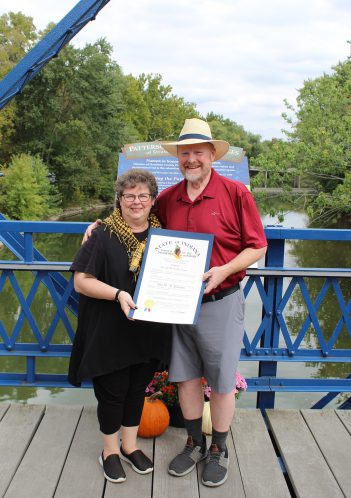 Patterson recently received it for his work with the Hamilton County Parks and Recreation Dept.

“So, I knew of that honor, and I have always tried to do the right thing and serve our community and our state,” said Patterson, who recently moved to Wisconsin to be closer to his children and his grandson. “That’s why you get involved in public service and parks and recreation. You are not doing it for the money, that’s for darn sure. You are doing it because you have a commitment and a passion to help make people’s lives better, and you know in that line of thinking, the Sagamore of the Wabash is kind of a pinnacle, the ultimate recognition that you really did accomplish that and you helped make people’s lives better.

“So, being recognized by Gov. Holcomb in that way just really completes what I consider to be a wonderful career.”

Patterson returned to Hamilton County to attend a bridge naming ceremony, during which the Hamilton County Parks and Recreation Dept. named the center of three bridges that connect Strawtown Koteewi Park and White River Campground after Patterson.

During the ceremony, Hamilton County Clerk Kathy Williams presented the Sagamore of the Wabash to Patterson, who works with the conservation fund for the Milwaukee Municipal Sewer District in Wisconsin. He said the move was the right decision.

“At the bridge ceremony, I said I really miss the community and my work family and everybody at Hamilton County Parks and Recreation, but I get to have family dinner every Sunday evening with my kids and my grandson, and it’s just worth every minute of it,” he said. “I get to spend time with my kids and do things fathers want to do with their kids and be there for them, and that’s really what it’s all about, things I was not able to do being so far away from them. It’s right. Everything just feels right.”

Patterson thanked Williams for her efforts to honor Patterson with the Sagamore of the Wabash, and he also thanked State Rep. Todd Huston (R-Fishers).

“I just want to thank them for everything and then thank my staff, my work family. They worked so hard to make sure everything we did at Hamilton County Parks was such a huge success, and I certainly couldn’t have accomplished everything we were able to accomplish without everybody’s commitment and passion and love for what they are doing,” Patterson said.