You are at:Home»Current in Carmel»Carmel Community»Hamilton County Democratic candidate for treasurer aims to restore trust in office 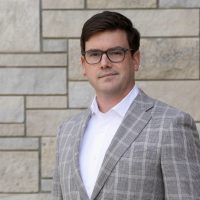 If Democrat Jake Madore is elected Hamilton County treasurer, his first act will be to reach across the aisle — to the past two county treasurers, both Republicans.

“My primary reason for running is to provide the taxpayers of Hamilton County with the best treasurer’s office they could have,” Madore said. “I will accomplish this goal by forming an experienced, bipartisan team which will include Kim Good and Jennifer Templeton, both of whom have been elected as treasurer before.”

Madore, a Carmel resident, was motivated to run when Susan Byer won the Republican primary, topping Good with 52 percent of the vote.

After being fired by Templeton in 2018, Byer filed suit against the treasurer’s office for wrongful termination. Byer alleged she was fired because her supervisors were concerned she would expose improprieties regarding waiving of fees for late payments by Good’s family members, which her supervisors denied. Good countered with a defamation lawsuit and that same day Byer filed to run against Good for Hamilton County treasurer in the May primary.

“When I saw the outcome of the Republican primary this year, I was immediately concerned as a taxpayer,” Madore said. “My goal is to restore the public’s faith in the Hamilton County Treasurer’s Office by putting this whole mess behind us.”

An investigation by a special prosecutor concluded in late 2019 that recordkeeping practices in the Treasurer’s Office were insufficient to determine if late fees were waived for late property tax payments but that even if this occurred it did not violate any laws. Good dismissed her lawsuit against Byer in July after they reached a settlement. A judge ruled there was not enough evidence for Byer’s suit to proceed against the treasurer’s office.

“I will not make a long career of this, and I plan to go back to the private workforce once we have restored the public’s trust in the treasurer’s office,” Madore said.

Madore, who has lived in Carmel for five years, is a graduate of the Indiana University McKinney School of Law. He has an undergraduate degree in accounting from the University of Michigan and focused his legal studies on taxation. He worked for the Indiana Dept. of Revenue and Indiana Economic Development Corp. and is currently a tax manager for a national retailer.