“Thank you Heartland International Film Festival and members of the jury for giving ‘76 Days’ the Grand Prize for Best Documentary Feature and the Richard D. Propes Social Impact Award,” stated “76 Days” Director Hao Wu. “Earlier this week, we announced that MTV Documentary Films acquired the North America rights of our film. Heartland was instrumental in making that deal happen. For that and these awards, I’m truly, doubly grateful. My team and I are mindful of our luck, of how we have always been supported by our own community, of how much support our community still needs in the time of COVID-19, so we decided to donate the $22,000 in award money to Brown Girls Doc Mafia, a growing organization advocating women and non-binary people of color working in the documentary film industry around the world.”

Major cash prizes were also awarded to $20,000 Grand Prize for Narrative Feature winner “There Is No Evil,” from Director Mohammad Rasoulof and Kino Lorber, and $5,000 Jimmy Stewart Legacy Award Winner “Minari” from Director Lee Isaac Chung and A24. In partnership with the Stewart Family, HIFF is the only festival in the world to have a sanctioned award in honor of beloved actor Jimmy Stewart with a cash prize underwritten by the Stewart Family. The Jimmy Stewart Legacy Award and $5,000 cash prize is awarded to a one film in the HIFF lineup that best demonstrates the triumph of the human spirit through determination and the defiance of odds, humble vulnerability, and courage in the face of adversity.

This year’s HIFF, which ran Oct. 8-18 with some screenings at Tibbs Drive-In in Indianapolis, features 76 feature films, 22 World and U.S. Premieres, and 29 drive-in screenings. 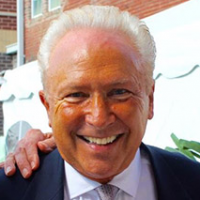 “Congratulations to all the winning filmmakers at the 29th Heartland International Film Festival,” Heartland Film President Craig Prater stated. “We all have been isolated, but your films have brought untold stories and new perspectives from all of the world right into our homes. We may not have been all together this year, but together we had a shared experience around the transformative power of film.”

Heartland Film officials said with the overwhelming positive response of the virtual festival, they are also extending the availability of most virtual titles through Oct. 24, at midnight EDT. The full film lineup can be found at www.HeartlandFilmFestival.org.