As artistic director of the Carmel-based Center for the Performing Arts and founder of the Great American Songbook Foundation, Michael Feinstein was eager to give a performance at the Palladium. 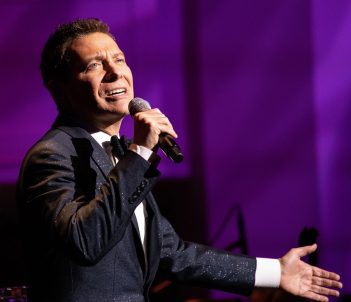 Michael Feinstein will perform “Home for the Holidays” with special guest Sandi Patty in a free livestream show. (Submitted photo)

“To have the opportunity to reconnect and do a concert as we head into the holiday season is something fortifying for me and happy for the community as well,” Feinstein said. “Making of music is important in all our lives because music is a great normalizer and brings us back to our hearts. Especially as we move into the holiday season, music will remind of holidays past and hopefully will bring us a little peace and healing.”

“Home for the Holidays” featuring Feinstein and special guest Sandi Patty will be livestreamed free at 8 p.m. Nov. 20 at the Palladium at the Center for the Performing Arts in Carmel.

“(Patty) is pure love,” Feinstein said. “She is going to do some solo numbers and I think we have one duet planned for the end of the show.” 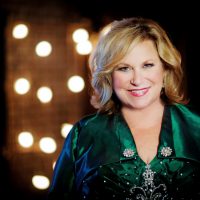 Feinstein has performed with Patty before through the years.

Feinstein said it will be music to celebrate the season.

“We’ll play beloved holiday music and other songs we feel appropriate for this time,” he said.

Feinstein expects the show to run between 75 and 90 minutes.

Feinstein will be backed by pianist Miro Sprague, drummer Mark McLean and bassist Steve Dokken. Patty will be accompanied on several numbers by pianist Steve Potts.

“It’s going to be great to work with other musicians again because the show that I did previously in Carmel for the volunteers was just me at the piano,” Feinstein said.

Feinstein performed for the volunteers and the staff at the Center for Performing Arts. He has held a few other virtual concerts but longs for the return of playing in front of an audience.

“For the most part, I don’t like doing the virtual appearances. They just don’t hold a candle to the live experience,” he said. “Music is a collaborative experience, and for me, the audience is the crucial factor in what makes the music unique. The live performing experience is connected to energy and feelings of the audience and also the performing space. All those elements are crucial. Of course, I love the Palladium and the acoustics.”

Normally, Feinstein would do a long run at Feinstein’s 54 Below in New York during the holiday season. He hasn’t been to New York since February because of the pandemic, splitting time between Los Angeles and Carmel.

The Center for the Performing Arts shut down live performances in mid-March, forcing Feinstein’s spring concert to be canceled.

Patty, known as “The Voice,” is one of the most acclaimed vocalists in contemporary Christian music, with 40 Dove Awards, five Grammy Awards and numerous other accolades. After several years of living in Indiana, she and her husband, Don, moved to her native Oklahoma.

The event is sponsored by Marquis Commercial Solutions and is part of the “Center Presents 2020-2021 Season,” sponsored by Allied Solutions. Current Publishing LLC is the media sponsor.

To register for the free event, visit thecenterpresents.org/holidays.