You are at:Home»Current in Geist»Geist Cover Stories»A Lawrence Christmas: City plans holiday event with additions such as ice skating

“A Lawrence Christmas” has been a holiday-welcoming staple in the City of Lawrence for several years, but it’ll look a bit different this year, and not strictly because of the COVID-19 pandemic.

“The biggest difference this year is we’ve added an ice-skating rink this year,” Lawrence Mayor Steve Collier said. “We have a hut out there where you can rent skates.”

Another difference is the holiday celebration, set for 4 to 9 p.m. Nov. 28, has been moved to Village Plaza from Otis Avenue for enhanced social distancing.

The ice-skating rink will be on the south side of the plaza, and the new mobile stage will be nearby for musical performances. Two choral groups from Lawrence Central and Lawrence North will perform. Lawrence Police Dept. Capt. Tracy Cantrell will be a DJ. A warming tent will be behind the mobile stage. 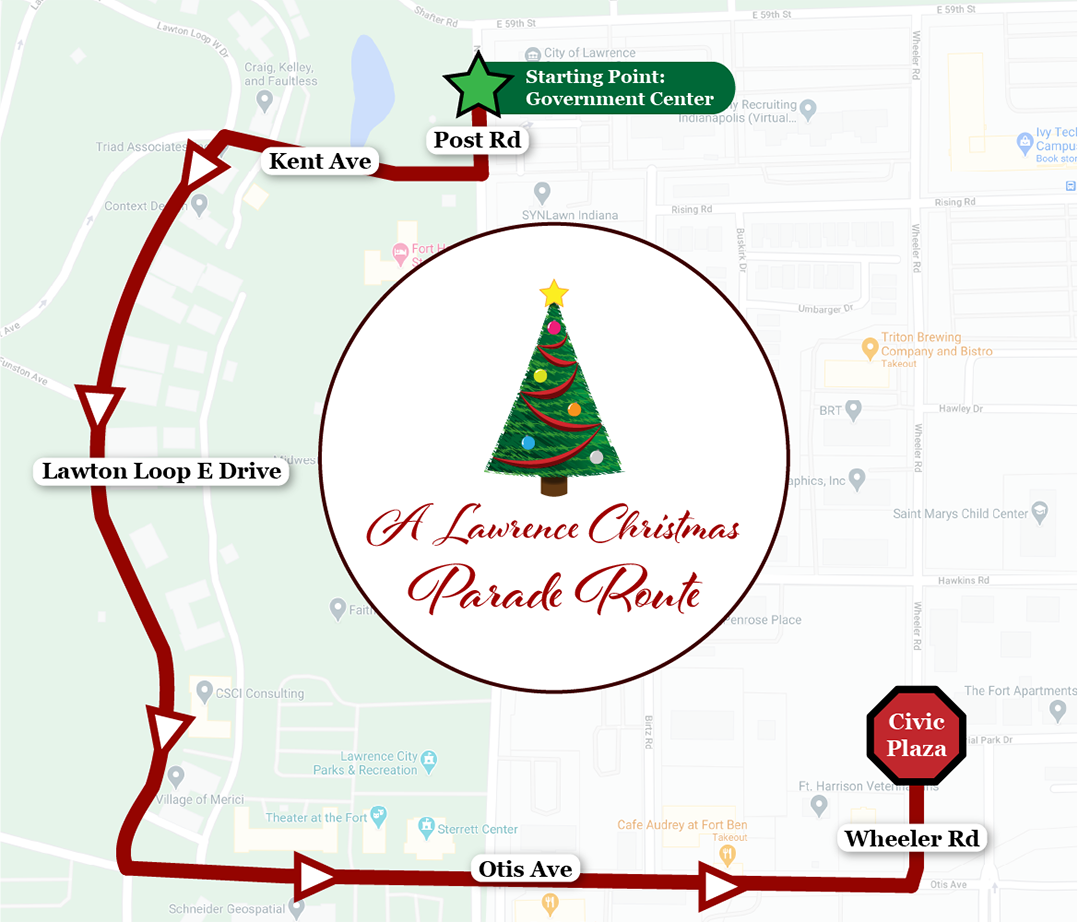 Map of the parade route.

A long line of Jeep Wranglers also will participate in the parade.

“We did a Jeep parade for Halloween, so they’re going to be in the parade again,” Collier said.

Unlike previous holiday events, the celebration will continue into the following weekend. A pop-up farmers market will be open at 8 a.m. Dec. 5 in Village Plaza, and 15 to 20 vendors will sell Christmas-themed crafts and winter vegetables.

Ice skating will be offered from 4 to 9 p.m. every Friday, Saturday and Sunday until Christmas.

Despite the pandemic, Collier said the city is expecting a larger-than-normal crowd.

“With nothing happening in downtown Indianapolis and from the response we’ve gotten, there is probably going to be a pretty good crowd,” Collier said. “One of the reasons we moved to Village Plaza was because there’s plenty of room to socially distance. Before, it was on Otis Avenue and there was limited on space.”

“I think people are so tired of COVID-19 that they need something, and if they can get outside and be safe, I think that’s critical right now,” he said.

The city had a large event planned for September to honor first responders but canceled it because of the pandemic. Now that the state is in Stage 5 of its reopening plan, Collier said he’s confident Lawrence can present a safe holiday event.

The tree lighting will take place at approximately 6:30 p.m.

Gift bags with candy canes and coupons to area restaurants will be handed out to the first 500 kids 12 and younger. Last year, the city had 300 gift bags and ran out. 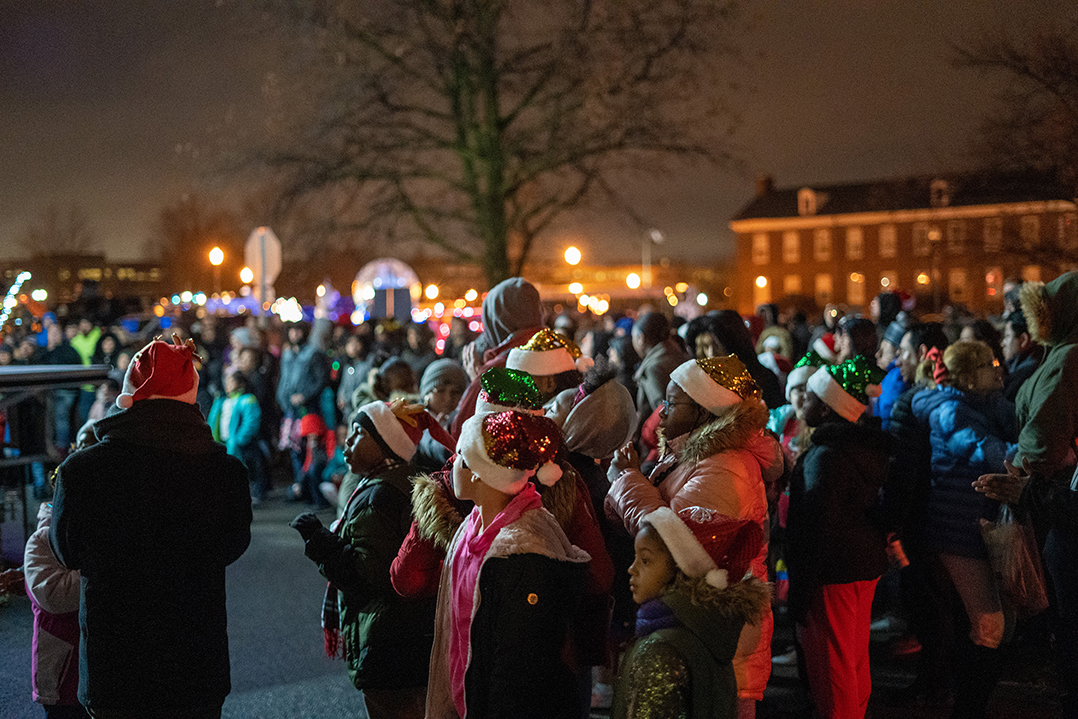 The tree lighting will take place at approximately 6:30 p.m.

As a safety precaution, the parade route will stretch a little longer this year to allow participants to social distance. Hand sanitizer and face masks will be available. Masks must be worn throughout the event.

Santa Claus will participate in the parade, but children won’t be allowed to sit on his lap as in previous years. Additional Christmas characters, such as the Grinch, also will appear but will be socially distanced from kids.

“We are going to take all the appropriate protocols. We are going to do the best we can,” Mayor Steve Collier said. “It’ll still be a pretty good time because it’s grown so much and it’s so popular. We went from about 150 people in 2017 to we were well over 700 last year. So, we have grown. It has grown rapidly.”