For Carmel High School German teacher Angelika Becker, her recent state award had special significance because of its namesake. 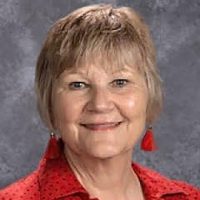 Becker, who was nominated by CHS World Language Dept. Chair Andrea Yocum, said the award is based on service and leadership in the profession.

“Several of my colleagues wrote letters of recommendation,” Becker said. “Being recognized by your peers is one of the biggest honors.”

Becker started in leadership early in her teaching career, serving with the Indiana chapter of the American Association of Teachers of German. She then moved into the national German teacher leadership team before returning to local leadership.

Becker, who joined CHS in 2008, spent seven years as the CHS department chair.

“As language teachers, we have a national standard and we have state standards for foreign language, but there is no professional development that goes on for us,” Becker said. “In our organizations, we do professional development for foreign language teachers because they don’t get it anywhere else. That’s where I saw my service to the profession, that I could contribute and help new teachers become better at what they are doing. If we all get better, the students will get better. We need to educate global citizens. Learning a language is part of being a global citizen.”

Becker was born and raised in Germany. She has dual citizenship in Germany and the U.S. She met her husband, Ted Becker, when he was stationed in Germany serving in the U.S. military. They moved to the United States in the early 1990s.